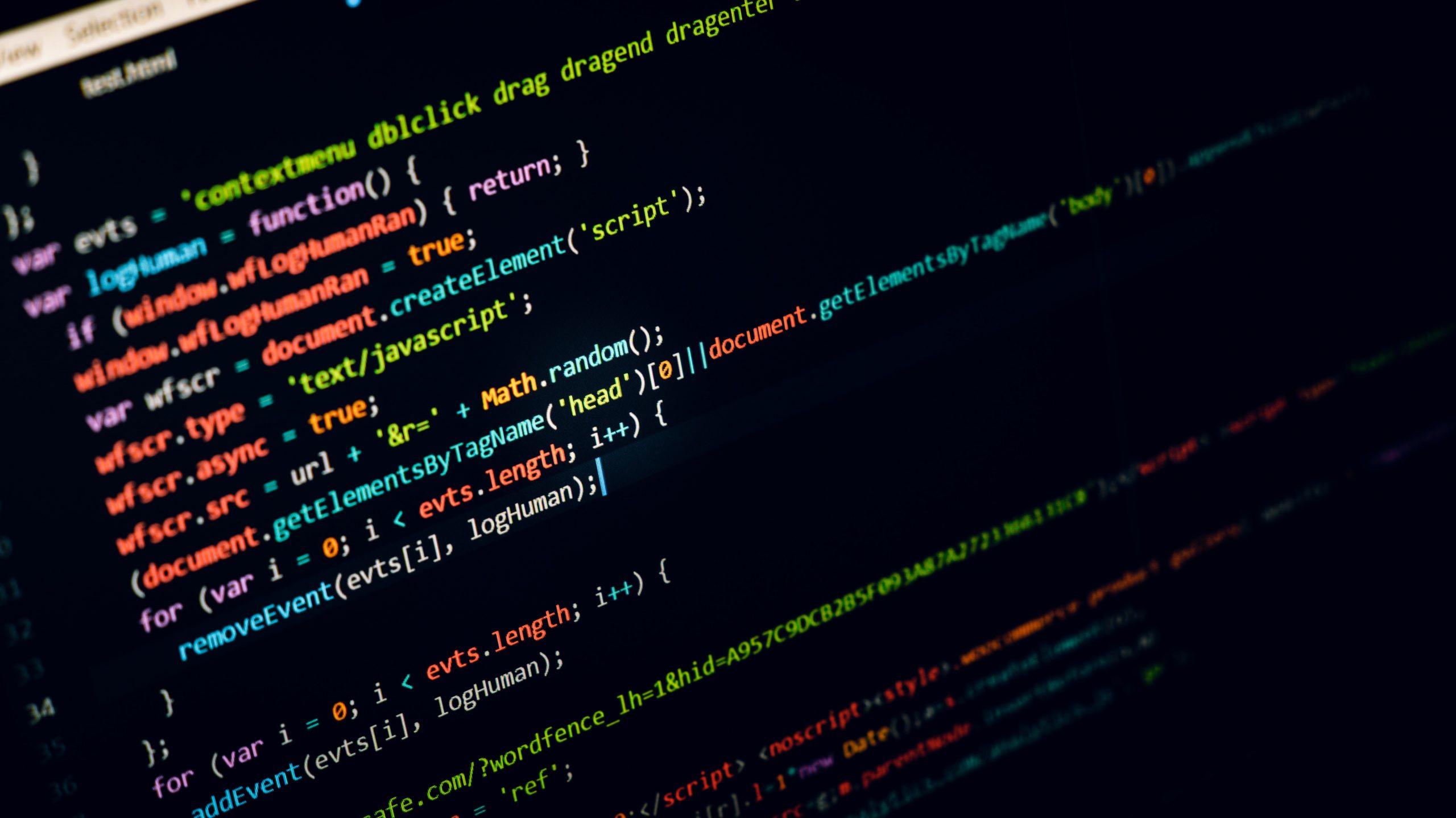 Python is considered the most popular programming language in the world, according to the TIOBE Index. Its community includes around 11.3 million coders experienced in machine learning, AI digital solutions, and data analysis. These technologies are trendy nowadays, which makes Python developer salary a topic of the hour.

Python’s popularity is constantly growing due to its wide field of application, shallow learning curve, and high demand (which results in high payments). Besides, some of the world’s tech giants pique the software development community to Python by opting for this technology. For example, Google, Microsoft, Facebook, and Yandex have already leveraged its benefits. Also, YouTube, Wargaming, Instagram, and Mozilla wouldn’t have made it to the public eye without Python.

Such popularity raises a question — how much do python programmers make? In this article, Qubit Labs addresses all the burning questions, explains Python’s advantages, and explains factors influencing Python developer salary. Let’s get the ball rolling!

Let’s quickly go through the benefits of Python: 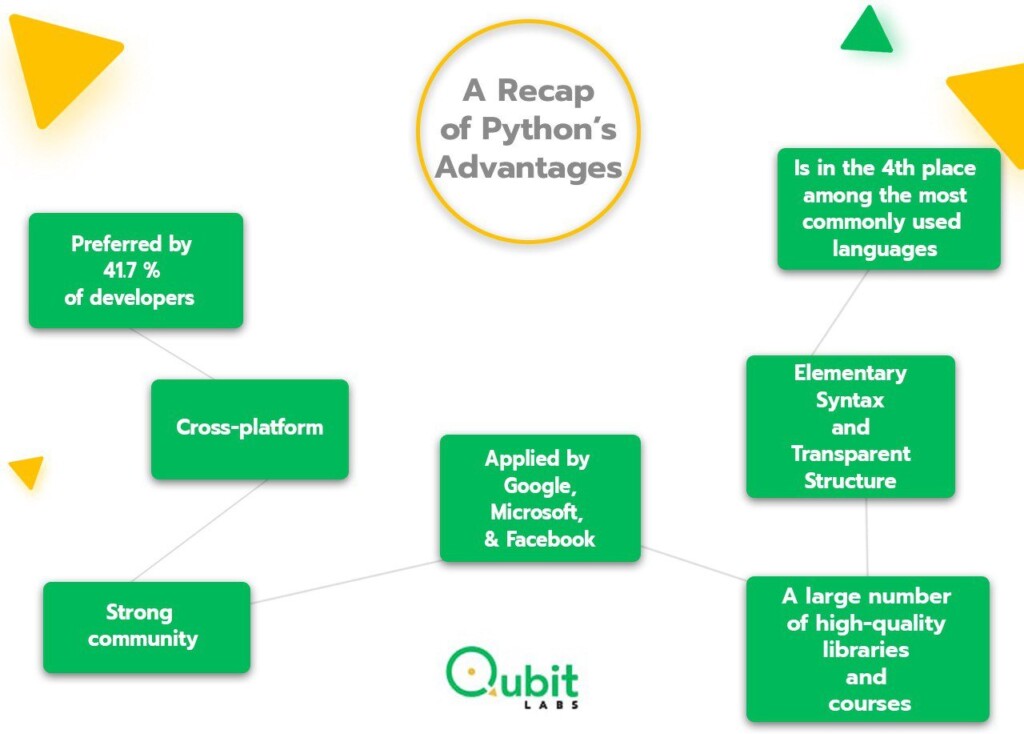 Python is sought-after today and has a great potential in the future. The current labor market requires experienced specialists with expertise in Python. Now, let’s answer the following question — how much do programmers make a year?

As in other fields, Python programming job salary depends on numerous factors, like skills, industry specificities, location, and education, to name a few. Clearly, the entry level Python developer salary is much lower compared to middle or senior specialists.

Below, we gathered factors forming Python salaries and explained how they differ based on such trivial elements as the type of employment and time basis:

Usually, there are three main types of employees in IT: junior, middle, and senior. These levels directly affect the average salary for a software developer. These positions have nothing to do with age. It’s more than coding skills that distinguish specialists of different levels from one another.

Most of the juniors are inexperienced and come to work after graduating from university. To become a junior specialist, one must be able to write simple programs, understand the concepts of work, and figure out what to look for in other codes.

A junior needs to show one’s desire to develop their skills, learn from mistakes, be dedicated and energized, and calmly react to criticism. Junior Python developer salary is sufficient and corresponds with one’s expertise. It’s more about gaining experience than making money in this case.

In general, middle specialists are required to perform routine tasks without any supervision. They follow individual objectives rather than developing comprehensive projects. Such specialists realistically evaluate the deadlines and complexity of responsibilities. Although they need mentors, in most cases, middles function individually and are expected to understand what specific applications can do.

It is also essential for them to be familiar with standard templates and cooperate with other team members. In the means of a Python programmer salary, a mid-level employee usually earns from $92,500 to $130,000 per year in the US.

The transition from the previous level to this one is a complicated process that requires obtaining competence to solve the tasks nobody else can.

Senior-level developers are the “lifelines” for less experienced specialists and significantly interfere with their company’s overall image. Thus, the senior Python developer salary level is high, ranging between $87,500 to $148,500 per annum in the US.

How Much do Python Programmers Make Depending on Their Expertise?

Although we’ve mentioned the average Python developer salary in USA, the numbers significantly depend on the location. That’s why it’s better to look at the numbers in several tech hubs to make the comparison more precise:

Check our software development guide to know more about regions, rates, and salaries:

Hire Developers in the US

There are the most high-paid jobs for Python programmers in this area, yet increased competitiveness.

Even entry-level developers receive a decent Python developer salary in this area, raising their marketability.

Compared to the US and Western Europe, Asia has a much lower Python salary. However, local culture is quite different, and that has to be considered.

Python programming jobs’ salary in this region is lower than average. There are many specialists and smaller wage demands because of the economic level in the countries. Nevertheless, many local universities graduate specialists who obtain excellent technical skills, are fluent in English, and can easily compete with foreign programmers.

It’s where countries with the most attractive Python developer salary are located. The reasons for that are improved living standards and good experience of the specialists.

The Average Python Developer Salary Based on the Region 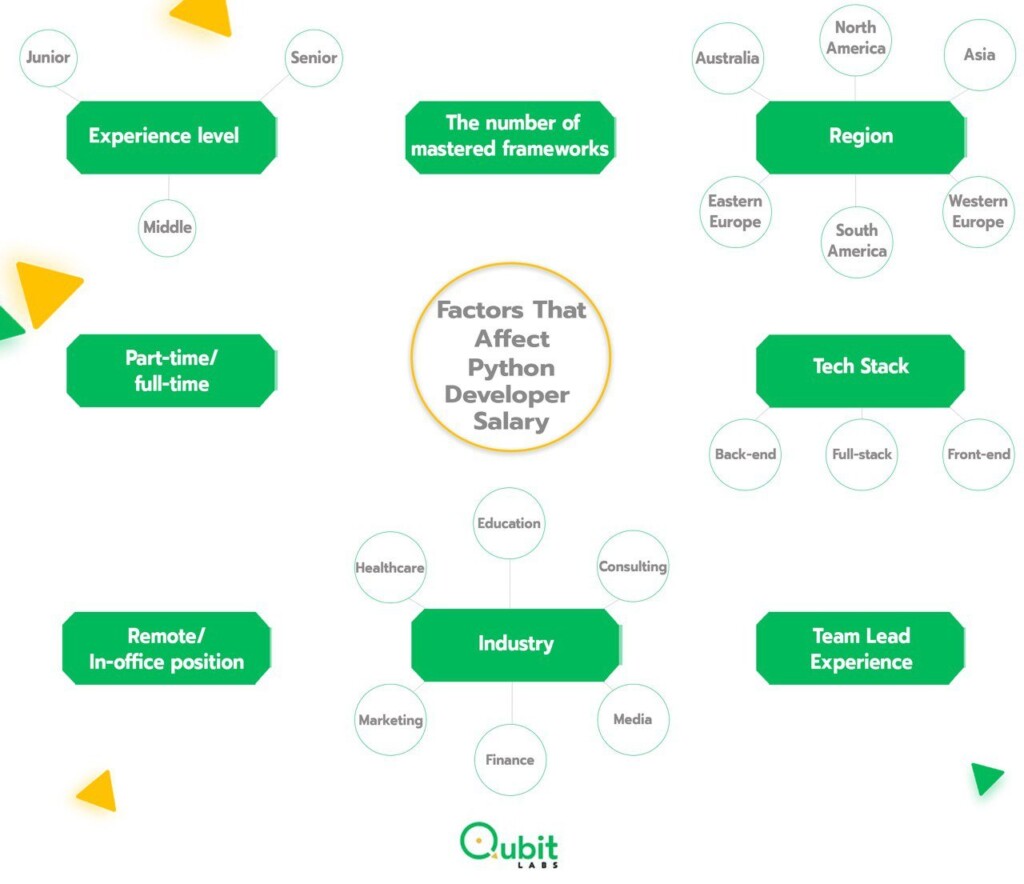 Some industries are more in demand than others. So, the requirements change based on the specificities of certain areas of development. These are the most common spheres with the most attractive Python programmer salary rates:

A frontend is about developing a user interface and features that run on the client-side of a website or application. Backend development is a set of hardware and software applied to implement the logic of the site.

There is different data on each site regarding “how much do python programmers make based on tech stack.” However, we can conclude that backend developers still are the highest-paid programmers in this context.

Team leaders with over 20 years of experience in the field receive nearly twice as much money as those who just embarked on Python jobs related to managing other employees.

The specialist is expected to keep the team moving, inspire others, and avoid implementing a “one size fits all” approach. Everything comes with practice, so the more time a person spends working as a team lead, the more efficient results they will deliver, increasing their Python developer salary.

5. The Number of Mastered Frameworks

Python is an open programming language; it is easily compatible with various frameworks. When creating applications, you can reduce the amount of code and time spent on writing it. Besides, they can be customized for specific tasks.

Usually, a Python programmer salary might slightly vary when comparing remote and in-office positions. The thing is that those who work at the office demand higher wages because they spend money and time on getting to the office. However, a freelance Python developer salary in the US is still higher compared to Eastern Europe.

Due to the rising popularity of remote work, companies can easily hire specialists from any country, increasing the chances of finding perfect candidates thanks to a broader geographical scope. Commonly, trusted and high-performing employees show similar results both when working from home and on-site. Therefore, a Python developer salary is unlikely to increase/decrease based on the employee’s location.

It is clear that the more time you spend at work, the higher your wage is. The same applies to the Python software engineer salary.

A part-time job implies working for less than eight hours per day and, in general, receiving 50% of the full-time wage. Such employment type applies when the company doesn’t have a 100% load for a specialist, or an employee prefers to reconcile work and hobbies.

Full-time work is about having specific responsibilities and delivering results every day, working for 8+ hours a day. Sometimes,the highest-paid programmers spend seven days a week at work to meet the company’s expectations.

Since remote work is at its peak, you can hire software engineers in any country, saving money and time. Eastern Europe is one of the prominent offshoring destinations, and Ukraine is considered among the leading tech hubs in the region.

Don’t hesitate to reach out to us and cooperate with vetted Python programmers in Ukraine. 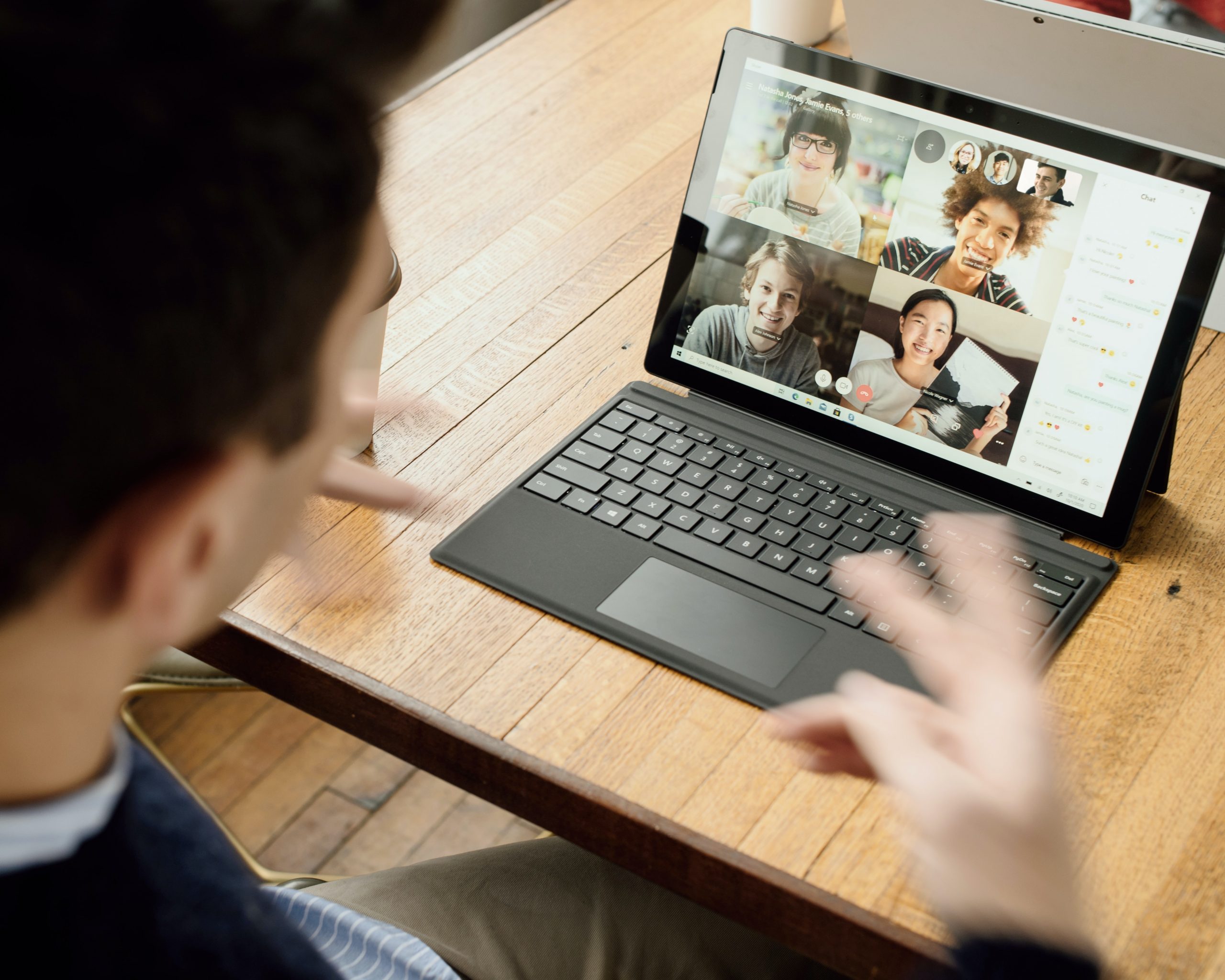 Updated – August 22, 2022 Everyone accepts that virtual meetings have become an inevitable part of our lives, being a rather valid online...

Web development (front-end and back-end) is one of the most dynamic industries in IT. It covers a wide range of tasks, so it is creating new...

Explaining the Phases of the Software Development Life Cycle

Updated – 24.10.2022 How do developers make sure the app complies with all the required specifications? How do they test their codes? What are...

Oksana Zabolotna
HBD at Qubit Labs
Oksana is a team leader of sales and marketing team at Qubit Labs.
Previous
Recruiting Tech Talent: Where to Find Candidates?
Next
Cyber Security Specialist Salary Worldwide: Guide by Qubit Labs
This site uses cookies. By using our site, you agree to our Terms and Privacy PolicyAGREE
Privacy & Cookies Policy