How much does it cost to hire developers in Ukraine? Learn More
SHARES

With the current boom in the tech industry, more and more people select software development and engineering as a job. What should they expect in terms of payment? And how do software development salaries differ by country? Let’s consider the computer software engineer salaries worldwide to see where such specialists are most valued in monetary terms. This information may give a hint to workers as to where to seek better-paying jobs, while businesses looking to hire tech specialists may understand where to search for cheaper talent.

States differ in terms of economic well-being, which affects the range of salaries offered to software developers in their markets. Here is a quick snapshot of average annual salary by country on eight major technologies:

Python remains a popular, demanded programming language that offers a decent software developer salary to those specializing in it. Python developers receive over $90,000 per year in high-tech countries like the USA, Norway, Switzerland, and Denmark, while in the UK and Israel, salaries exceed $50,000 per year. Moreover, according to the Stack Overflow analysis, the popularity of Python worldwide is growing, making it the fifth popular programming language in 2018. With such significant improvements, demand for Python developers is expected to rise, and their salaries will rise respectively.

Java software developer salaries are on the rise with this language’s continuously growing popularity. As of 2018, almost 40% of developers use this programming language, and it is the number one choice for back-end development and mobile apps. However, more growth in salaries and use is not expected, since the market is already saturated, and no further growth of extraordinary scale may be projected. The salaries are expected to stay within the indicated range.

JavaScript is the top programming language used by over 60% of programmers worldwide, so the average computer engineer salary in this domain stays stably high but lacks growth. The JS programmer salaries exceed $88,000 in Switzerland, are over $70,000 in Norway and Denmark, and range from $55,000 to $89,000 in Israel, Finland, Sweden, and the USA. Other studied countries are ready to pay much less to JS developers.

The computer programming salaries for Ruby developers range from $16,000 to $93,000 at minimum in the analyzed sample of countries. However, the expected salary increases vary widely across countries. For instance, in the UK, Ruby is gaining popularity, and the salaries are projected to double in the next couple of years. In the USA, salaries are expected to decrease because of lower usage of this programming language.

At present, the average computer engineer salaries for C++ are within the range of $18,000-$103,000 in the selected countries (for junior-level developers). There is no outstanding growth of C++ developer wages to be expected in the coming years, while in some countries (the UK, the USA), they are even expected to fall inconsiderably. However, C++ still remains the sixth popular language of programming, and its popularity is not expected to deteriorate any time soon.

C# still ranks high among languages of programming because it is the language of Microsoft, and tons of mobile and desktop applications are developed with it. PYPL recorded an insignificant decline of C# use in 2018, but there is a low risk of C# programmers’ falling demand in the coming years. All over the world except for the USA, C# developers are projected to earn more in the next couple of years.

PHP is the leading language of web development, which explains its steady popularity and demand for PHP programmer worldwide. Stack Overflow experts noticed the rise of PHP use and popularity in the past couple of years, so the salaries for PHP development are projected to remain the same in the analyzed countries. No reduction of pay rates is expected.

The situation with .NET is quite complex, with its popularity exceeding that of Java in the UK and the Netherlands but being twice as low in Israel. The number of job postings for .NET programming projects has been on a steady decline since 2014/2015, but the demand for .NET developers is still steadily high. Thus, we should not expect any significant fluctuations in demand and pay rates for .NET jobs in the coming couple of years.

However, this data is very approximate, since web developer salaries differ widely depending on the candidates’ years of experience, tech stack, seniority level, and the language of programming in which they specialize. But even in such rounded terms, it does not stand any comparison with the Ukrainian statistics on monthly salaries of mid-level programmers:

Another comparison also speaks in favor of hiring the Ukrainian talent for tech tasks – see a brief comparison of Ukrainian pay rates for senior specialists with three high-tech countries like the USA, Israel, and the UK below:

As it comes from the table, hiring a back-end developer in Ukraine will cost you five times less than the one in the UK, six times less than in Israel and the USA. A front-end developer is three times more affordable in Ukraine than in the USA and Israel, while the British pay only two times more to such specialists. As for the full-stack developer, here you can also save over four times as compared to a U.S. employee, over two times as compared to a British employee, and three times as compared to an Israeli employee. Even for this labor-intensive and responsible work, Ukrainian developers charge $25,000 per year on average, so you may have an absolutely great deal for your project.

A fantastic combination of quality and cost-efficiency in hiring Ukrainian developers is not a myth. Here, you can find experienced specialists for a much lower price than you would pay for developers in Western countries; for instance, a Unity developer salary in this country is 3-4 times lower, and the Ethereum developer salary – even 5-7 times lower than its equivalent abroad. You lose nothing, as Ukrainian tech specialists will do the same job, and sometimes even a better job, for less money. Make sure yourself:

But the matters are not as simple as they look in this list above. Obviously, the developer salary (in Ukraine as well as in any other part of the world) depends on a number of additional criteria. Seniority level and years of experience play a vital role in determining the amount of pay that any particular specialist wishes to receive at any job. Look, for instance, at the breakdown of salaries of Java programmers in Ukraine:

Thus, before looking for a developer in Ukraine, you should analyze the needs of your project and your available budget to make sure that you hire indeed the right specialist with the needed tech stack for successful outcomes. Doing this on your own may be cumbersome and time-consuming. So, how can the hiring process be made easier and quicker? Here’s the solution – hiring a vendor of IT talent such as Qubit Labs. 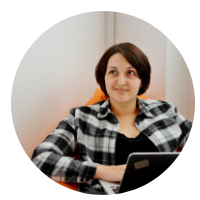 Iva: “Recruitment of IT specialists is a very responsible task on which the success of your entire startup or crucial operations of your business depend. The matter is complicated by time difference, language barriers, and the specifics of remote interviewing. If you wish to avoid all that hassle but still get the best fitting developer to your team, Qubit Labs can manage the hiring process for you. We offer a variety of services related to relocation, staff augmentation, body and team leasing, and setting up offshore development centers.”

We asked some of our developers how they fill about working with companies from the USA, Europe and Middle East and what they like about it most.

Eugene: “Hi, my name is Eugene, and I am a Senior React developer. What I like the most in working in a remote team – is that I work directly with the product owner and CTO from the US startup, have no additional management like in usual outsourcing company, my opinion is important, and I can see the results of my work.”

Eugene: “My name is Eugene and I work with a company from Sweden and C#.NET developer. I feel like I am one team with my colleagues abroad, we have regular standups and sprint review meetings, we have video calls. Working with product companies in Europe makes me learn faster and broadens my network. We also visited the head office to join our team’s teambuilding, and it was a great experience.”

Artem: “My name is Artem, and I am a middle Java full-stack developer, I like working with the startup from New York, because they have an excellent team and have a shaped culture of remote work. There is no difference if you are in New York, or in Kyiv – we are all equal and work on one project. Being a part of the fast-growing startup is great.”

Contact our managers to find out more and get the best Ukrainian experts to bring your project to life!

This article mainly focuses on the salaries of developers from the USA and Western Europe. But if you want to know more about software development rates in Eastern Europe, we’ve got a special report covering Ukraine, Belarus, Poland, Hungary, Romania, and Bulgaria. More details? 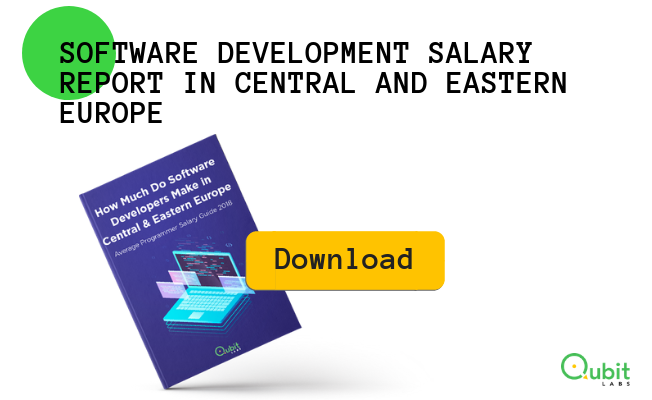 The Best Tech Conferences to Attend in Winter

Software developers recruiting is key to any project’s success, as having the proper team at your disposal ensures that you achieve business goals....

What Is Staff Augmentation? [Complete Guide for Smart Businesses]

The modern IT market is highly dynamic with rapidly changing business objectives and technical requirements. Thus, trying to have an in-house team...