Are you thinking about where to outsource software development? Or maybe you’re looking for a place to move to and earn more?
Below you’ll find a software development costs guide covering the most popular concerns about pricing, location, and their interrelation.

What’s the cost of software development in..?

Earlier we conducted a research on mobile app development cost and chose a few Western European countries to reveal average hourly rate for IT services. We got respondents from the Netherlands, UK, Belgium, France, and Norway. However, not all of them appeared to have an office in the above-mentioned countries. Despite their claims to be a local software development company, some of them still have ODC in India or Africa. That’s the reason why their rates seemed too low for Europe – only $15-30. With the rest of companies, we again got a surprising leap to much higher prices, varying from $110 and up to $300.

Although being close geographically, Western and Eastern Europe differ a lot in terms of software development rates. The region includes such countries as Ukraine, Poland, Romania, Moldova, Estonia, Hungary, etc. These developing economies have already got a high level of education and noticeable contributions to IT industry, but their salaries remain relatively low. If you outsource your project to a software development company it will cost you around $25-$45 per hour.If you hire a middle/senior dedicated developer, the average figure will be between $20 – $32 per hour, depending on the skill set of a particular offshore developer. Currently, Ukraine, Belarus, and Russia are the top outsourcing locations of this region, leaving Czech Republic, Poland, Hungary, Romania and Baltic countries far behind based on quality to price ratio.

Mostly when we talk about offshore outsourcing services, such countries as India, Philippines, and Indonesia come to our mind. This region used to be a heart of outsourcing for a long time. But in 2017 the situation changed drastically with Donald Trump threatening to the industry in the USA. Having lost their rich clients, local software developers decreased their price even more. The rates there are lower than $25 per hour; even more, some companies agree to work for $15. At first glance, cheap software development may look tempting, but in the long run such low rate for offshore software development services result in low quality and the things standing behind it – underpaid programmers and lack of motivation. 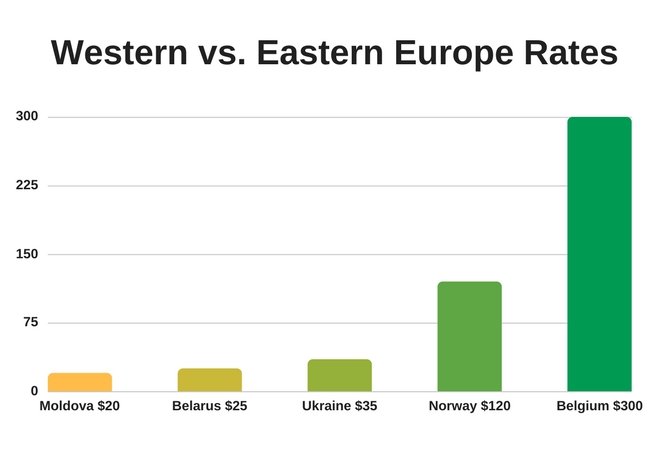 And here we have the similar situation to the one faced in Europe – a dramatic split of prices. China stands firmly on its feet and ramps up the potential, so software engineer’s hourly rate there makes $50-100. But for Shanghai, where an offshore developer earns up to $200 for an hour. The golden middle between Chinese ambitiousness and Indian cheapness can be found in Indonesia, Malaysia, and Vietnam. They offer their offshore software development services for $30-40 per hour. 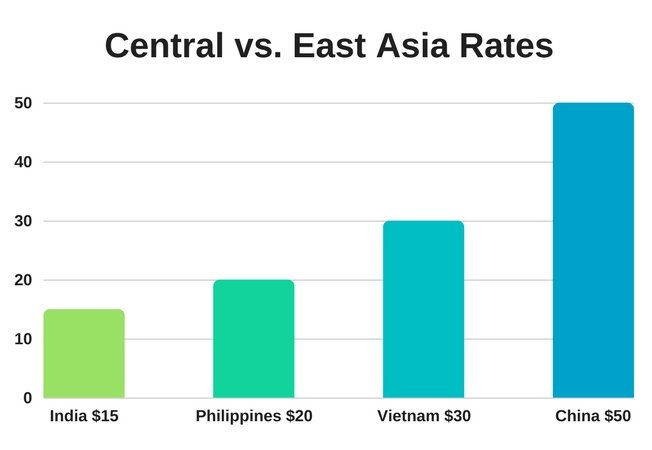 You might think that California inflates prices because of its status, but the thing is that the average cost of software development in the rest of the states isn’t much lower – an experienced developer gets about $150 hourly, and in some cases the sum can rocket to $195, depending on the skills and languages. Canada stays on the US trail and sometimes even outruns it. However, the market here is flooded with the offshore development companies with actual addresses in Asia, so rates here can vary.

It’s interesting to monitor offshore development situation in South America as this IT market is relatively new and rapidly growing. Large investments of the neighboring countries like USA and Canada created this pool of cheap software developers – demand creates the supply. Though the demand of a rich country creates the supply at the higher price. The average cost of software development in the region stays between $20-30, but one can notice that in 2020 the prices are gradually reaching $55. The proximity of Mexico, Panama, Brazil to the northern part of the continent makes this outsourcing destination attractive despite the rising prices. Hence, the cost of the offshore software development services is expected to go up in the future. 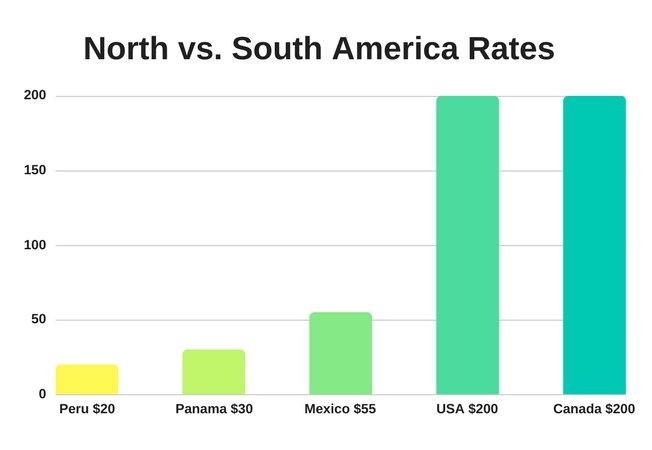 Newly discovered IT continent of Africa pleases businessmen with its affordable rates, but the local market still lacks experienced specialists due to its freshness. Offshore development would be cheaper to the north of the continent with the prices similar to Asian. Hourly rate for IT services in South Africa can be as high as $50 or even more – up to $100. Such fluctuation is caused by severe skill shortage the region is experiencing at the moment.

The same happens in Australia. That’s the common problem of all islands – on the one hand, isolation and remoteness protect the state from wars, but on the other hand, it prevents the country from cultural exchanges and cooperation with neighbor labor markets. The digital era made the latter criterion more vague as it allows more possibilities for remote work. If we take a look at the Australian Skilled Occupation List 2017-2018, we’ll see that the country lacks software engineers, web developers, QA engineers (software testers), and different types of programmers. So, it goes without saying that the local specialists are expensive, the minimal hourly rate is $100 with the highest cost rising beyond $180.

If you want to set up an offshore/nearshore remote team contact us to check developers rates! 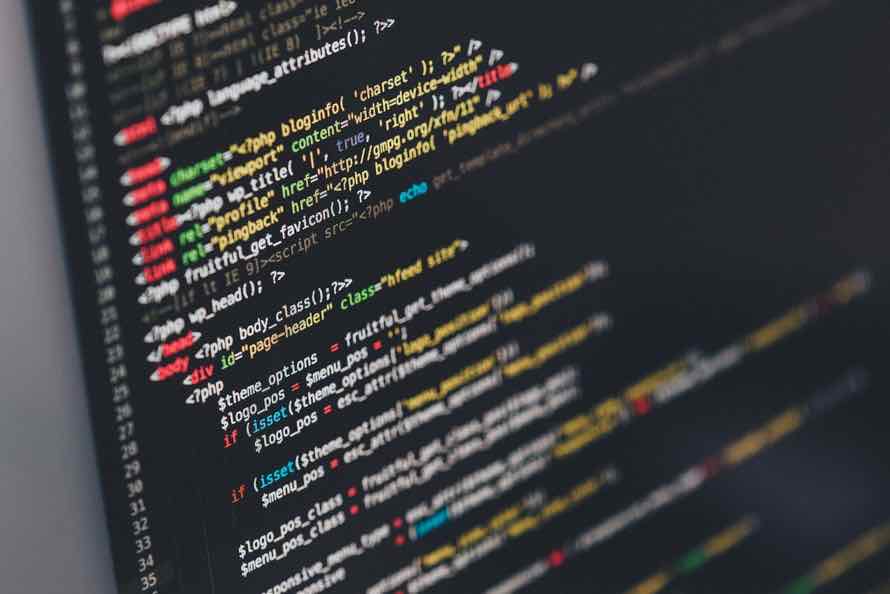 Ukraine has emerged as an outsourcing target since the beginning of the 21st century and has been confirming its IT power for all these years,...

Autumn is always a kind of revival for business matters. Entrepreneurs are back from their vacation, and start thinking about methods to boost sales,... 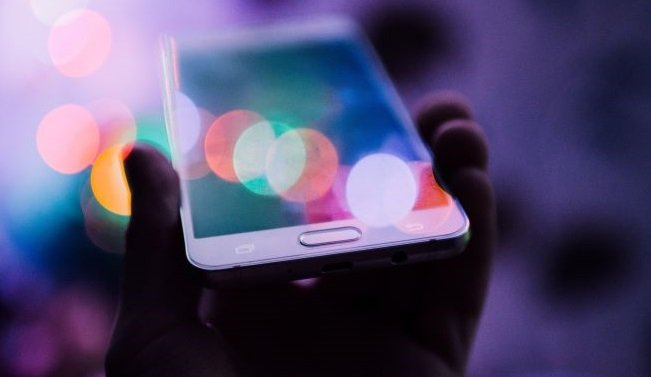 We made a list of deserving web app development companies from USA, UK, Canada and Australia, to give you an additional information and guide you... 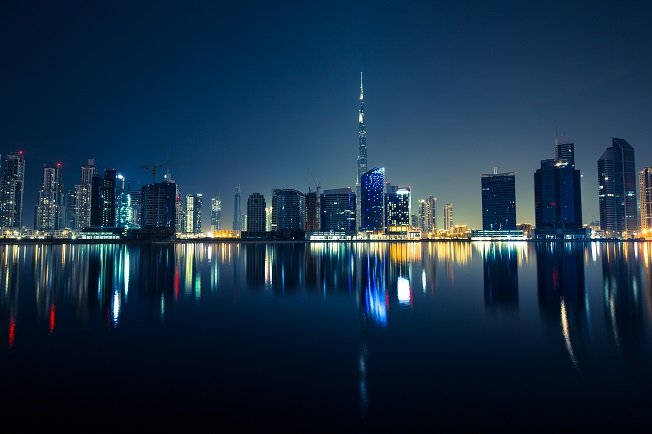 Svitlana Rumyantseva
Project Manager
Svitlana is a PM with legal education and PhD degree in political science. She has experience in managing in-house and offshore/nearshore software development teams including freelancers. She is sure that smooth communication and motivation is the basis of efficient teamwork and successful projects. Svitlana is passionate about networking, achieving great results and acquiring new knowledge.
Previous
IT Outsourcing Services Cure Skill Shortage in Spain
Next
11 Facts You Need to Know About Custom Software Development
This site uses cookies. By using our site, you agree to our Terms and Privacy PolicyAGREE
Privacy & Cookies Policy