MEET SOME OF OUR CLIENTS

Sales collaboration platform for insurance carriers and broker partners to grow your shared book of business in the small group market.  InsuranceMenu is a company from the USA which works with carriers to streamline distribution — empowering agents to service clients with a diversified portfolio of products that truly covers their needs. Almost four years ago, Insurance menu started cooperating with us when they had just begun their way into the industry.

Our mission was to find highly-skilled engineers to accomplish their business goals. Insurance menu has requested only one software developer. As a result, being a true professional, software engineer was promoted as a team lead. Insurance menu was so impressed by successful and productive cooperation that they decided to hire the whole dedicated team with us. Nowadays, we continue to grow and scale up together.

Roomeze is a full-service room rental company from New York designed to make city-living easier. They find cool, affordable apartments with like-minded roommates;  help connect clients with the best local services like movers or cleaners making it easy to get settled in a new place.

The company came to us as a small startup without a development team but with a great idea and outstanding ambitions.They came to us five years ago with the requirements of hiring developers. We have provided React, Angular and other software engineers specialized in marketplace development. Together we have built a successful cooperation for over 2 years.

They had been looking for a CTO  who would be able to relocate from Ukraine to Berlin. Nothing is impossible for Qubit Labs. We are supporting all processes with relocation for your team. As a result Nakamoto company received a specialist that perfectly fit their requirements and has been working for them for three years already.

Drastic Fun is a mobile game developer & publisher that specializes in developing casual games such as arcade, fun, action, etc.

It is a game company and one of our first clients that has started from one goal with us and transformed to another project a bit later. But let’s tell us more. DrasticFun came to us 5 years ago and asked to hire Unity game developers for creating casual games such as arcade, fun, action, etc.

We have provided not only skillful Unity developers but a driven project manager who was responsible for all business processes of DrasticFun. Later, the project was transformed into a game publisher. As a result – new project, new goals, new team. Qubit Labs is always ready to adjust to new conditions quickly and effectively. If you decide to run a new project we can hire a team based on your new goals.

Aob Travel, a Sweden company that provides services and resources for traveling. The company locates flights all over the world as well as travel deals, football tickets, hotels, cruises, and other services. Aob Travel serves customers worldwide. They came with a request to help them to find a C-Sharp developer and Angular front-end developer.

As a result, they have received not only driven and highly-skilled developers who accomplished their needs but a great and easy-going individual who is fully integrated into a company’s culture and even attended a personal meeting and corporate events abroad. And the clients’ team visited a Ukrainian team as well. This case is a great example of how even a remote team from another country can become a strong part of your company.

NanoReality Games Limited is a Mobile Game development company, focusing on strategy & city builder games. Their first free2play game `My Nanoworld” has been the team working on more exciting games for the future on both iOS and Android. Mobile Game development company, focusing on strategy and city builder games. They contacted us 4 years ago with a request to hire a game balancer and game designer.

But they were so impressed by working with professionals we hired that they decided to set up the whole dedicated team in Ukraine. As a result, the dedicated team has grown to 30 employees, including that we hired.

TraxGo, a company from Belgium develops tracking & monitoring business software. They offer a platform for the collection, storage and processing of mobile data in real time to make logistics processes easier.

They came with an already set up in-house team and would like to extend it with new remote specialists. We have provided them with proficient developers who help to achieve specific goals and are ideally integrated in the current team and corporate culture.

The Open University is a pioneer in distance learning that delivers exceptional teaching and outstanding support to students all over the world. The project promotes educational opportunity and social justice. The Open University is transforming the way people learn by implementing the latest pedagogic innovation and collaborative partnerships.

It is an educational platform that delivers exceptional teaching and outstanding support to students all over the world. For the past 4 years we have been providing a highly-quality service and continue to scale their team with new developers.

The company contacted us with a request to hire remote Angular developers on purpose to extend a current team. As a result all software engineers were successfully integrated into the existing team and the company kept scaling with us.

Obscure Games is a company that aims to reinvent play. It’s one of the leading companies in the field of indie games. Several products of the company have already made it to PlayMarket’s charts.

They came  by the recommendation of our client. Since then we have been cooperating for almost 1,5 year already. Obscure Games required only one 3D artist to add to their team. The developer we hired easily integrated into the team from the first day of cooperation and diligently accomplishes all tasks and goals. We can hire more developers any time whenever they need.

Vinelab is a media technology company. It develops innovative, effective, and measurable solutions under the influence of third-party voices. The company is committed to making the shift for the brands and ensuring effective consumer delivery in the process.

We have been cooperating and developing together for over four years. Firstly they messaged us about hiring a dedicated team for them. After discussing all terms and conditions, they have decided to do more profound research on other companies. But after better investigating, Vinelab came back to us after three months. As a result, we have hired the whole dedicated team for them in only two weeks!

Floodlight studios is a development company that produces both B2B and B2C applications. Also, it creates mobile and web solutions optimized for specific devices and enterprise software solutions (software as a service) aimed at streamlining business processes and improving efficiencies.

Our client from South Africa has been cooperating with us for almost one and half years. They first came to us with the requirement of hiring one specialist and after productive and successful cooperation they decided to set up the whole team. As a result we hired the whole dedicated team including project manager and designer and the team continued developing and growing for now.

WHY CLIENTS CHOOSE US

Our team gives you an access to the top IT talents in the world which Ukraine is famous for. These specialists can become a part of your extended team or build up a separate offshore team to ensure true value for your business.

Hire developers working exclusively for your project full-time from our office. You can easily extend a team with developers, PM/Team lead, VP or engineering and set up a managed development team or hire just one developer.

We have a plan on how to successfully integrate your developers with your in-house team in terms of management, process, corporate life. A dedicated HR will facilitate communication and feedback between you and your team.

WHAT CLIENTS SAY ABOUT QUBIT LABS 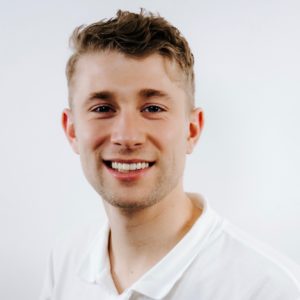 TILL WENDLER
Head Of Operations

Qubit Labs provided recruitment assistance for tech resources. They took on the requirements and quickly identified an appropriate list of qualified candidates for the role. Their efforts paid off within a short matter of time as they put together a list of potential leads. The communications and the workflow between us were simply amazing. The team communicated extremely effectively, always keeping relevant people up to date and never wasting any time. 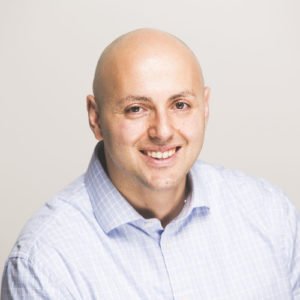 Qubit Labs allocated one developer to expedite a project via staff augmentation. The resource is assisting a frontend redesign using a React and JavaScript. Qubit Labs provided an extremely talented developer that consistently produces high-quality work. Thanks to his assistance, the overall project is moving along on schedule. Their management staff ensures accurate invoicing and transparent communication. They’re a flexible company. 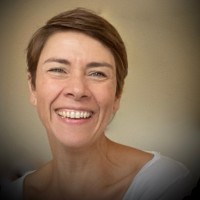 Service that goes ABOVE AND BEYOND. Qubit were hired to expand our international development team across backend, front end and UI/UX. We have used oursourcing partners in the past, and were aware of the services offered, and the services we required. On initial discussion, Qubit seemed to meet all our requirements, and offer other services that we had not been offered with our previous service providers. They are very particular about who they put forward to us, ensuring candidates meet our requirements. 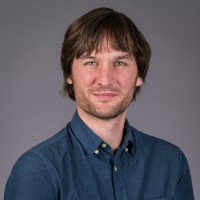 The backend and UI created by Qubit Labs function flawlessly and support a massive amount of data. They integrate seamlessly with the internal team, communicate clearly, and always find ways to improve. We also demanded clear HR processes, a good balance of staff and employee benefits and responsibilities, and a minimal time zone difference from the U.K. We valued their agility, professionalism, and trustworthiness. I love their flexibility, agility, and professional, fast communication. Qubit Labs is open to feedback and continuously improves themselves.

Qubit Labs gave an exemplary artist that can deliver the company’s requirements efficiently. In just a week, the augmented staff’s work has been merged into the client’s product. Once the company gains more funding, they plan to hire more staff from the vendor. We’ve worked with freelancers before but the communications where always tricky, so we decided to augment our team with a more permanent artist to help us ship our title.