If you need to hire .NET developers for your project, why not consider cooperating with remote Ukrainian developers instead?

A mid-level .NET developer in Ukraine earns around $28,800 per year, which is a significantly more affordable price. Ukraine’s development talent pool includes over 212,000 highly-qualified IT specialists, and the local tech market grows in leaps and bounds.

Qubit Labs is here to give you a more in-depth look at NET developer salaries all over the world and provide some insights on hiring .NET programmers.

.NET is Microsoft’s framework that provides language interoperability. The companies using .NET come from various industries, from financial and commercial to scientific and social.

The variety of software products created with .NET can be grouped as follows:

.NET allows finding out about new architectural solutions. Also, it’s one of the best embodiments of the DRY rule (“Don’t repeat yourself” — one of the main programming principles) in action.

What is .NET Developer Salary in the USA (Annual)? 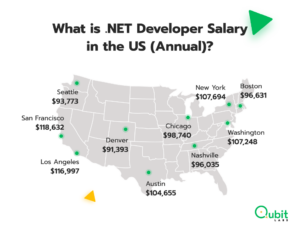 We have analyzed several sources to understand the average salary for NET developers in the US. However, they all provide different numbers because the location factor plays a significant role.

That’s why we’ve decided to look at the numbers offered by the most popular websites with salary data and then emphasize some advanced IT hubs in the US.

If we take a look at PayScale’s research, it suggests that the average .NET developer salary in the USA is around $71,911 per year. Meanwhile, entry-level specialists earn $49,000, and the most experienced ones — $103,000 per annum.

Another source we used in our article was ZipRecruiter, which concluded that the mid-level .NET salary in the USA is $93,076. At the same time, it suggests that junior NET specialists earn $43,000 and senior-level developers — $164,000.

Finally, Talent.com mentions that the average salary for a NET developer in the US is $105,021. The website also notes that entry-level positions start at $87,750 per year, and the most experienced programmers earn up to $132,505 per annum.

As previously mentioned, NET developer salaries depend on the location, so it’s hard to come up with a specific average number that will apply to the whole country. So, here’s a breakdown by cities:

The Average Salary for .NET Developer in Canada

Canada is an advanced tech hub with rapidly emerging unicorn companies. As per Talent.com, the average .NET developer salary in Canada is $87,500, varying between $72,791 and $122,969 per year.

Now, let’s take a look at the salaries breakdown by experience level (based on data from multiple sources): 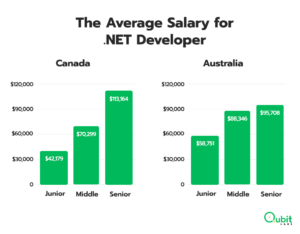 What are .Net Developer Salaries in Australia?

As mentioned by Indeed, the highest paying city in Australia for .NET developers is Canberra, which offers local specialists $169,438 per year. Adelaide concludes the top 10 list with the average .NET developer salary of $99,72 per annum.

What is the Average .Net Developer Salary in Europe (Annual)?

Depending on the city, the average salary for a NET developer in Europe (Western, in this case) is equal to the numbers offered by the US, Canada, and Australia. However, software development in these locations might be costly for some companies, so Eastern Europe is the best alternative. It offers high-quality services at affordable prices, compared to other parts of the region. 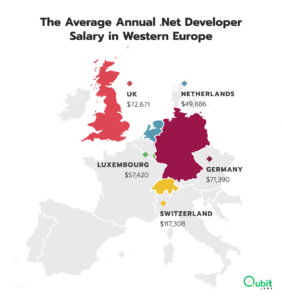 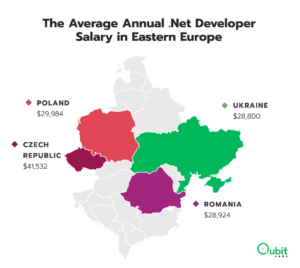 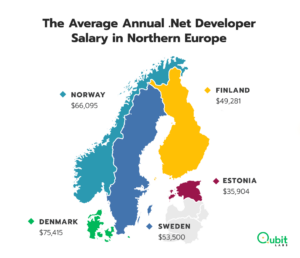 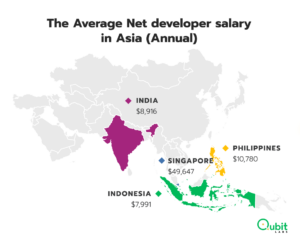 We are based in one of the advanced tech hubs in Ukraine, and you can reach out to us at any convenient time. We’ll discuss your project requirements during the free consultation call and set you up with skilled Ukrainian developers.

ScrumDayUA The first Scrum conference in Ukraine supported by Scrum.org will take place in Kyiv on 17 March 2018. During this event, you will...

Did you know, that Ukraine is home to the largest number of IT professionals in Europe? Moreover, the country ranks fourth in the world by the number... 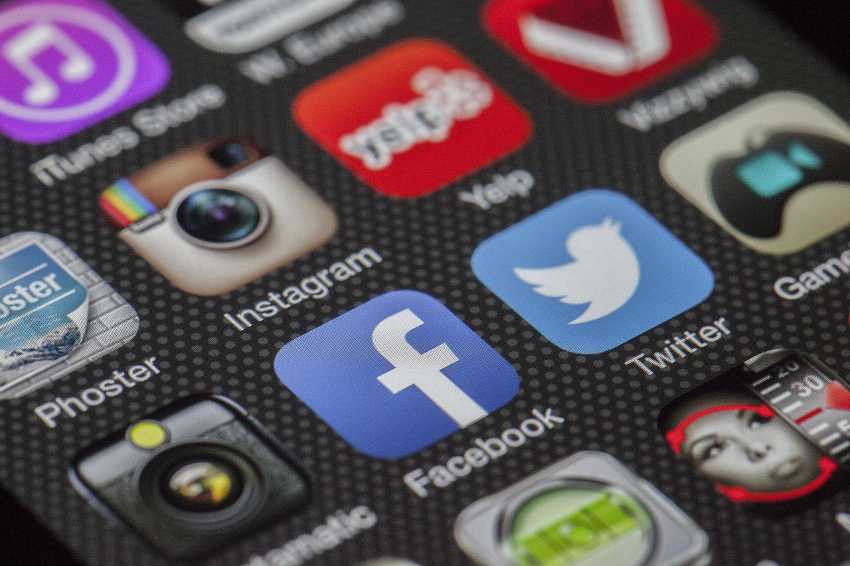 Why Do Companies Outsource App Development? If you’re in the IT business, you must have heard about outsourcing or even tried different...