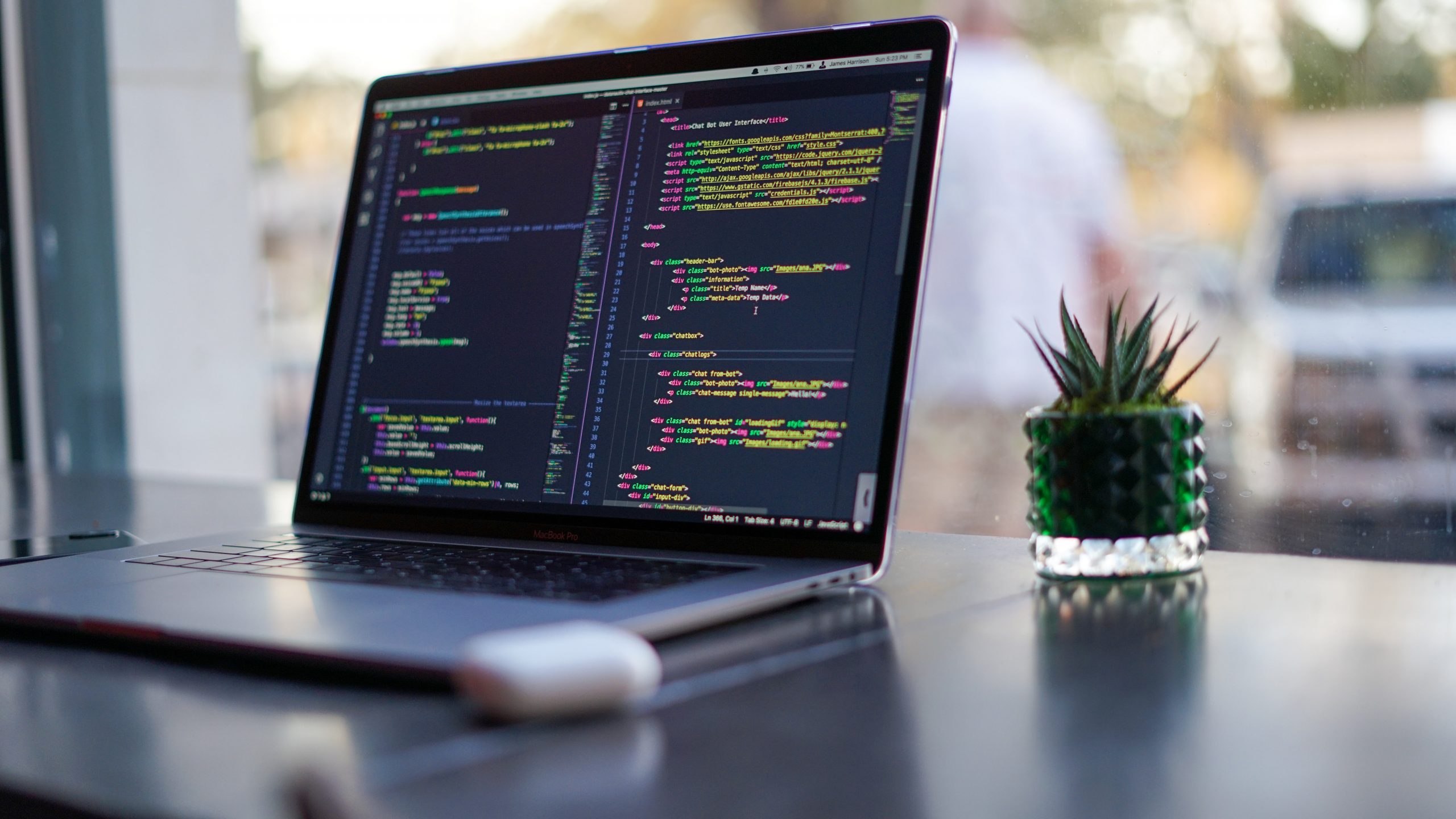 A software developer is responsible for programming, managing, and configuring computer programs, also known as software. Software development is generally defined as the implementation of traditional and newer top-notch development practices to create software.

A professional in this area is usually in charge of delivering high-quality products to the customers and is required to be flexible and multitasking.

When speaking of the software developer qualifications, one can state it is a creativity based on logic. There are several types of software engineering jobs, and they all differ in the objectives to be reached by employees. Therefore, to answer the question “what does a software developer do,” let’s research one’s key responsibilities, skills, and the role the employee plays in the company’s success.

What Do You Do in Software Development?

To begin with, one needs to clearly understand what software development is and why software developers are in demand nowadays. Software development is a line of work and a process aimed at creating and maintaining the efficiency, quality, and reliability of software. For this, technologies, methodology, and practices from computer science, project management, mathematics, engineering, and other areas of knowledge are utilized. Software developer duties are about creating secure, robust solutions that will stand the test of time, address previously unknown problems that lay in the area close to the apparent original issues, and meet the users’ ever-changing needs.

Thus, software developers aren’t limited by writing code; they think in terms of meeting the requirements and solving problems. That’s significant because not all software developer responsibilities require creating new programs. It’s sufficient to exploit the existing one or unite several programs to achieve the desired outcome in some cases.

Among the most substantial duties in the software developer career path, most relevant are leading projects from start to finish and creating products from scratch. They demand considerable attention and are of high severity level. Besides, software developers can work with other projects as consultants and search for bugs or update existing codes.

Before starting to develop the project, software developers collect and analyze the information necessary for a future task. After that, a technical requirement is created based on the request and ideas. The next step is to design a model of the developed application. This stage enables software developers to devise a general plan or concept applied for development.

After the design, the professionals start the fun part  –  writing code. Following the development of the application, testing and troubleshooting occur. Testing is carried out in several stages; a single task is tested at each phase. A thoroughly tested application can be released for use as a beta version until a stable version or full product is available.

Having the understanding of “what does a software developer do,” it’s essential to be familiar with careers in software development because they vary according to the demands of the project and skills obtained by the professional. Some people might assume that software developers can do anything, from creating apps from scratch to fixing the computers. However, as in many other areas, an individual developer is responsible for specific projects and has a defined software engineer skillset. In case companies want a universal expert who can address any problems in any area of their specialization, they will need to pay double or more because the number of such specialists is relatively low.

In general, software engineer careers include:

Apart from that, the best software engineering jobs also differ depending on the level of the specialist. There are junior software engineer jobs for those who are at the beginning of their career and have little expertise. Nevertheless, such specialists usually possess theoretical knowledge, understand the basics of algorithms and basic data structures, but need to work under supervision until they improve their software engineer skills.

As a rule, middle software developers have a practical background in the field and know several programming languages/frameworks. Their knowledge is systematized, and they can independently address the tasks. The final category includes senior developers who usually have the best software engineering jobs thanks to their vast experience and ability to notice and correct an error in the code or find several unique ways to solve the same problem.

Skills Required for a Software Engineer

With the knowledge and skills, software developers are able to implement almost any project from concept to deployment. There are multiple software engineer skills needed, including proficiency in programming languages and databases, like Java, SQL, JavaScript, Python, Microsoft C#, Linux, Go, Oracle, and DevOps. Apart from that, software engineer skills also require advanced analytics competencies to compare customer requirements with software capabilities. 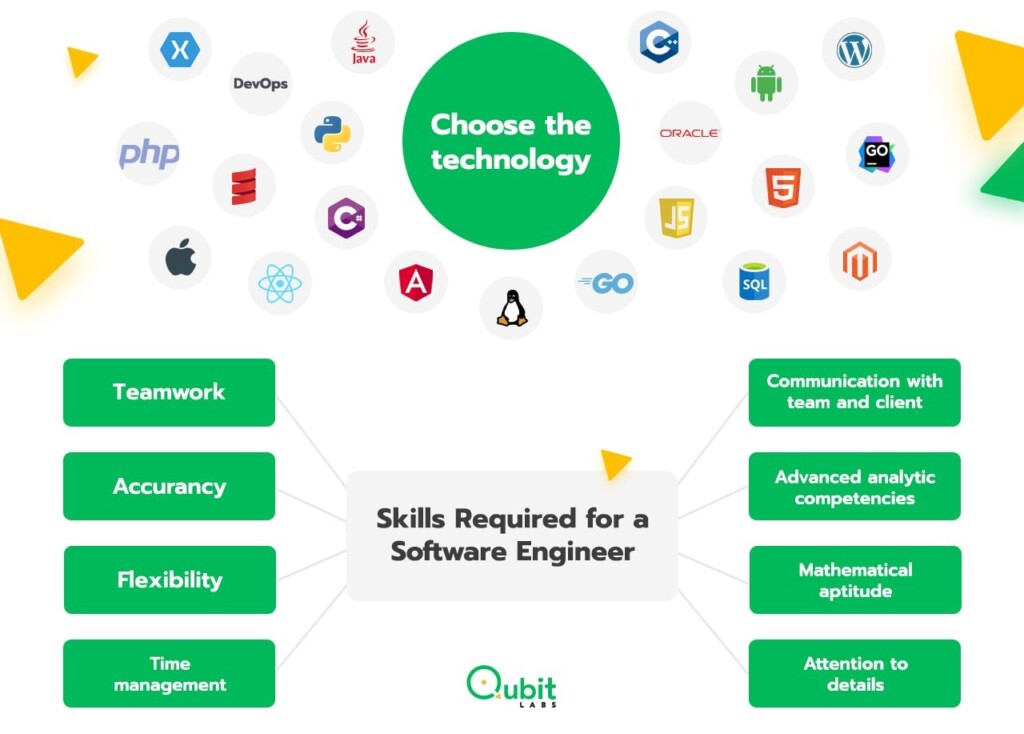 Communication and feedback, flexibility, responding to customer needs, and attention to detail also significantly affect prospects for a software engineers career. Both hard and soft skills impact the level and the areas of work software developers can apply for. Thus, there are alternative career options for software engineers, and they all contrast according to the projects’ objectives, specialists’ knowledge, and general concept.

Insourcing vs Outsourcing: What’s Better for Your Company?

It’d be fair to say that the world went through drastic changes that have altered most industries within the past two years. They have made...

Modern workspaces are defined by time zones rather than walls and physical spaces. Companies have understood that working in the office doesn’t...

Oksana Zabolotna
HBD at Qubit Labs
Oksana is a team leader of sales and marketing team at Qubit Labs.
Previous
9 Reasons to Choose the Dedicated Team Model
Next
Tips for Building a Highly Effective Software Development Team for a Startup
This site uses cookies. By using our site, you agree to our Terms and Privacy PolicyAGREE
Privacy & Cookies Policy