Ruby on Rails is one of the most sought-after frameworks, being in 5th place among other backend web frameworks. From the developers’ point of view, it is powerful enough and convenient, so many specialists opt for it. As for the business, RoR development is rather efficient as well. Qubit Labs has decided to point out several reasons why choosing Ruby on Rails is a forward-looking decision: 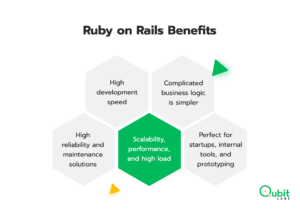 Another significant advantage of this framework is that there is a handful of competent developers who are able to deliver well-thought, scalable, and reliable products. Therefore, let’s take a look at Ruby on Rails salaries in the US and Europe to find out which location is the most suitable for your project demands.

The average salary for Ruby on Rails developer nationwide is $115,123. New York, California, and Maryland are the three highest-paid states in our selection of states. In this case, the lowest salaries are in Illinois. 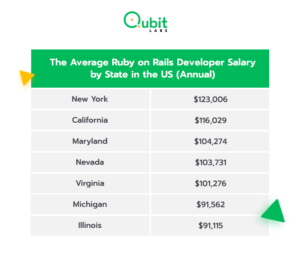 Senior Ruby on Rails Developer Salary by State in the US

As per our research, the highest Rails developer salary is in San Francisco, which is not surprising since it is among the largest and rapidly developing IT hubs worldwide. Los Angeles and Baltimore follow it.

Junior Ruby on Rails Developer Salary in the US Cities

The Average Ruby on Rails Developer Salary in Europe (Annual)

According to the table above, the most competitive Ruby on Rails salaries are in Germany. The UK comes second, and the Netherlands and Denmark are practically on the same level. 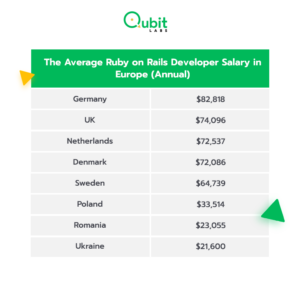 According to our research, the highest Ruby on Rails developer average salary is in New York, California, Germany, and the UK. The framework is suitable for developing projects, which demand reliability and resistance to high load. Nevertheless, if there is a complicated product requiring talented developers, its budget might exceed the limits. A perfect solution, in this case, is to outsource development services. Many countries, for example, Ukraine, have top-notch talent pools, yet you won’t have to pay large sums for local developers’ services.

If you have a great project in mind, you can entrust finding talented developers to Qubit Labs. We have extensive experience in the industry and can turn your ideas into reality. Feel free to contact us to discuss everything in detail. 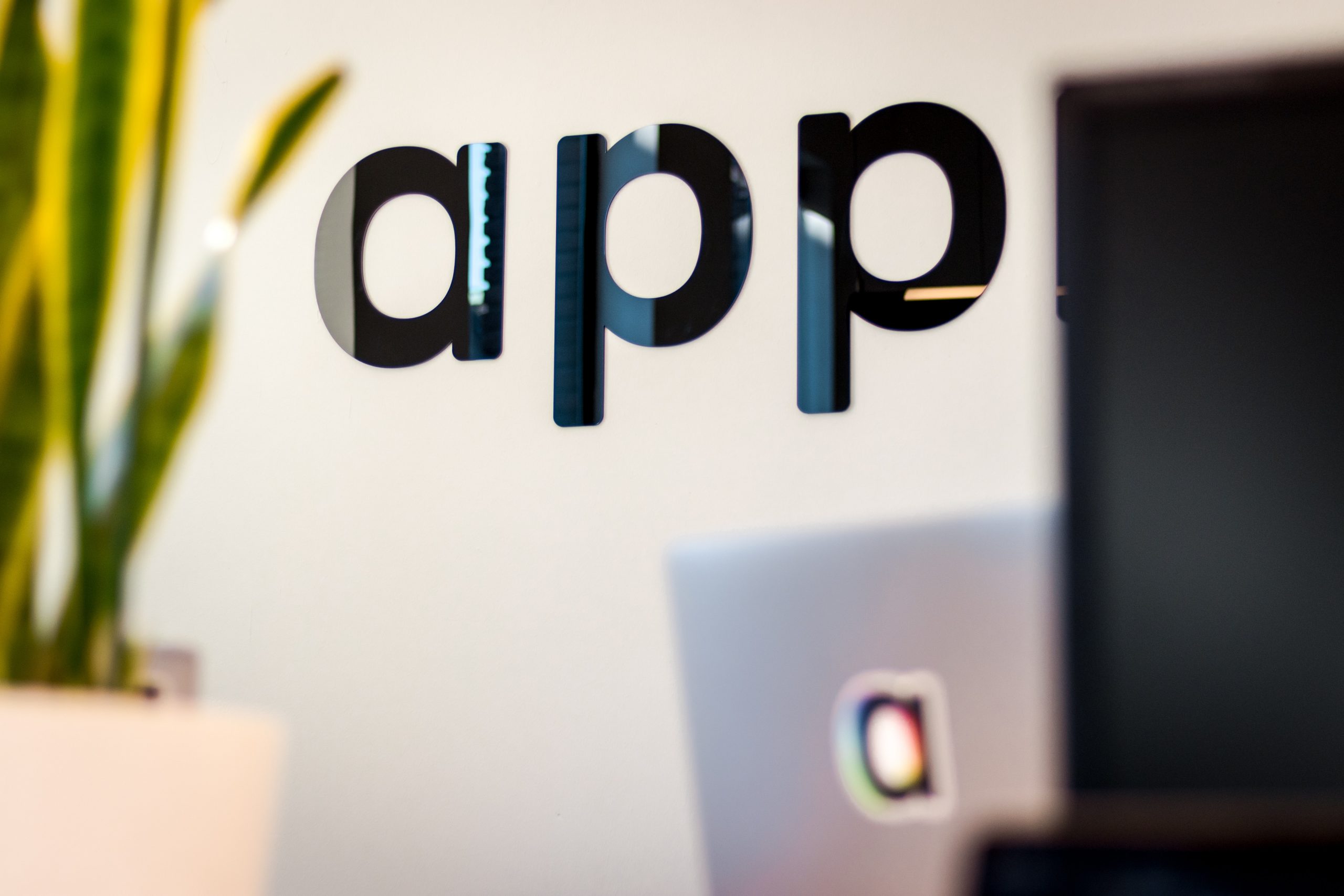 What is Outsourcing and how IT companies Can Reap the Benefits From It? Nowadays, people can hardly be impressed by the fact that employees work...

Ukraine is one of the most popular and rapidly developing IT location in Eastern Europe. It’s a reliable partner of thousands of foreign companies... When we talk about hiring developers in Eastern Europe, we always think about Ukraine, Poland, Georgia, etc. Sure, IT developers there are...