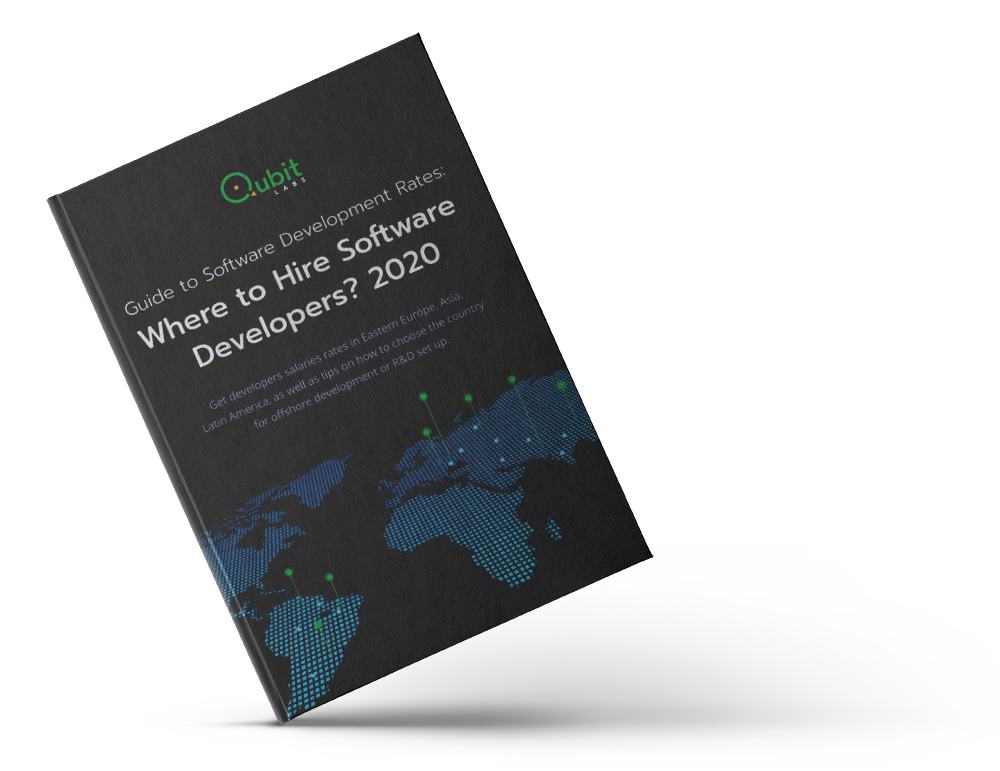 We prepared an updated guide to most popular software development outsourcing locations (including salaries).

Want to know more about a country you decided to hire dedicated development team? Maybe there is a better choice or pitfalls you should now about?

In this report you will find information about IT market landscape and updated developers salaries rates in:

as well as tips on how to choose the country for offshore development or R&D set up.

– Why Central and Eastern Europe has boomed so much as an IT development destination?
– Should you move west and examine the scene in Western Europe?
– How is the Latin American IT outsourcing environment expanding?
– Should you take a look at Asia, which boasts the largest pool of developers surpassing 10 million by now?

Increasing development challenges coupled with a shortage of skills have led to the spiking demand for software development skills. As the law of supply and demand would dictate, the situation has blown the salary package of software developers through the roof.

Although the news of a high salary may excite many, it’s important to carefully look at the bigger picture. For example, which country/region pays the best salaries?

The rates depend on the supply and demand, and in the current shortage of talent in the industry, the rates will continue rising in the foreseeable future, but this growth will vary greatly based on the technology in demand, on geographical location of the service provider and other industry trends. Rates also depend on the hiring and salary model. You will end up paying differently based on whether you outsource directly or hire a dedicated development team through a vendor.

Different approaches work for different kinds and scales of projects.

It’s important to understand that even though it seems that with all the available communication and management tools nowadays, it doesn’t really matter where your developer or your dedicated development team is located, it sometimes does.

Technically, an engineer can do the same job from a desk at home in Ukraine, a coffeeshop in New York or a beach in Bali, but there are several things that determine good collaboration between the client and the engineer, like time difference, work ethics and cultural compatibility.

Given the spread of offshore hiring in IT and hubs emerging all over the globe in different economic environments, you will find very different price rates for similar tasks, so it is important to remember that in some cases price directly corresponds with quality. It’s not a rule of thumb, but a helpful remedy against rash decisions.

In this report, we are going to break down everything you need to know about the salaries as a software developer and the specifics of working with both well-established and emerging outstaffing markets. To get more specifics on how much software engineers make around the globe and in certain countries, you can read Qubit Labs’ 2020 report on the matter.

Check Our Other Reports and Surveys:

Software Engineering Salary Comparison by Country: Ukraine and Poland VS China and India