Microservices are the preferable platform for the development of cloud apps. Around 70% of the organizations already use or think about using microservices. In a nutshell, microservices frameworks are defined as an SDLC (Software development lifecycle) approach, which is the basis for large apps that are created as sets of small functional modules. Microservices are an architectural template, and there are several services included in it, namely:

The service doesn’t require many people for the development process. One team can develop several services at once.

One service – one task.

The changes of one service don’t affect the other services.

The components or classes are created considering all the methods of business-task solving.

One service has to address one task, and these tasks are defined by the responsibilities in the app’s software components. So, for example, there might be different services for the teams that work on the same project, say, an online store, which includes order processing, market data, and order fulfillment. 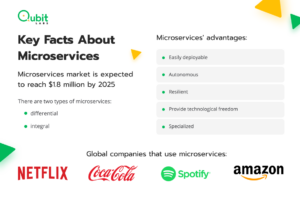 When to Use Microservices?

Suppose you’re working with a monolithic app, and it expands to the extent that there are issues with upscaling it. Or, in another case, you can’t reuse the components in different projects or platforms, and the implementation of new functions becomes tricky and error-prone. There is a solution in such cases – microservices.

When launching new projects, you’d want them to be easily scalable, deployable, and easy to test. That’s when microservices enter the game. With them, you can launch the products more effectively and use them on different platforms.

One of the best examples of using microservices is Netflix, which has around 700 of them to control each element of the product. For example:

The mentioned services are only the tip of the iceberg because Netflix revolutionized the microservices architecture. As a result, the company’s developers can modify any element of the app and not worry that the service’s performance will be negatively affected.

Once the teams start growing, it’s essential to structure the software to make the communication between separate groups less frequent and formal than within the groups. Microservices frameworks follow this communication pattern by providing the teams with relatively autonomous system elements. This is one of the major advantages of microservices.

The services can be deployed independently from each other, so you’ll need to test and deploy just one service when introducing changes. Then, in case there are some issues with it, you won’t jeopardize the whole system.

Since each microservice is an independently deploying element, you have freedom of choice when it comes to technologies used inside of it. The teams can choose different programming languages, libraries, and databases depending on which of the mentioned tools fit better for certain tasks. In this way, the developers can experiment with new technologies and gradually migrate services once a new technology emerges.

These are some additional microservices advantages:

The distribution allows to improve modularity, but it brings a bunch of complexities as a bonus. The first one is performance, which might become slower due to the increased delay time of remote procedure calls. The second one is reliability because the mentioned remote procedure call can stop working at any moment: the more microservices – the more points of failure. So, in a nutshell, distribution brings additional complexity and expenditures.

Cohesion in the last place

Some websites need you to be patient because you implement specific changes and can’t see them on the screen, although the page has just been refreshed. You need to wait for a couple of minutes before the changes become visible. This is a usability issue related to code cohesion.

Thus, the developers have to keep in mind the possibility of incoherence and think about how they can detect the moments of desynchronization before developing something that might bring poor results. This is one of the most significant disadvantages of microservices that makes the companies question the feasibility of using them.

Although the opportunity to deploy small and independent code units is a great benefit for developers, it puts additional pressure on maintenance. In such a case, five (or more) large apps turn into hundreds of small microservices. It’s challenging for organizations to manage such a large quantity of quickly changing elements.

These are some additional microservices disadvantages:

In case you’re about to hire a microservices specialist, Qubit Labs has prepared a list of microservices interview questions and answers for you. These are some of the most frequently asked questions that help assess the candidates’ skills and knowledge and see whether they are ready to handle tasks of different complexity levels.

Q1: What is meant by continuous integration?

A1: this is a software development practice that requires developers to integrate the code into the shared repository several times a day. The system checks it automatically and allows detecting problems at the early stages.

Q2: What are containerized microservices?

A2: containerization is one of the types of virtualization strategy, which has appeared as an alternative to traditional virtualization on the basis of the hypervisor.

Q3: What are the advantages of microservices architecture?

A3: the opportunity to use several technologies, like python microservices framework; each microservice is focused on a certain detail of the project; one can deploy the elements individually; ensures the safety of each service. (This is one of the microservices architecture interview questions that implies different answers and allows evaluating the candidates awareness of the topic)

A4: this is an approach in which the system is built as a set of independent and loosely coupled services that can be created via using various programming languages and data storage technologies.

A5: it’s necessary to change the calling of JVM methods to synchronic HTTP calls or asynchronous message exchange. (Keep in mind that this one belongs to hard microservices interview questions Java, so avoid mentioning them when hiring junior specialists)

Q6: Which framework is the best for Java microservices?

A6: there is no definite answer because this one is among microservices Java interview questions that allow seeing candidates’ direction of thoughts and hearing their reasons. One of the most popular frameworks is Spring Boot, and other recent specialized microservices frameworks are Kubernetes and GraalVM. Also, these include Quarkus, Micronaut, Vert.x, and Helidon.

Q7: What is idempotence?

A7: this term is related to the script, in which the object’s or operation’s property, when the operation is applied repeatedly to the object, gives the same results as in the first case.

Q8: What is contractual testing?

A8: this is a test on the border of the external service, which checks whether it complies with the contract expected by the consuming service.

A10: it brings in production-ready features into the application and uses HTTP endpoints or JMX beans to interact with the operational information about the running application’s metrics, info, health, etc.

Q11: What is a Consumer-Driven Contract?

A11: mainly, this is a template for microservices development, which the external systems can use.

Q12: What are Reactive Extensions in microservices?

A12: they are also known as Rx and defined as a constructive approach, which implies gathering results by calling several services and then compiling a combined answer.

Q13: Give the example/s of microservices implementation.

A13: Netflix, Amazon, PayPal, and Twitter are some of the most famous examples because they have started as monolithic websites and evolved into a microservices architecture. (This is one of the most common microservice interview questions because it shows whether the candidate is aware of the actual cases of their implementation and understands the microservices advantages for the mentioned companies.)

Here you go: these are the top interview questions on microservices and some of the major advantages and disadvantages of microservices. In case you’re wondering whether microservices architecture is right for your company, you should first assess your business’ needs, resources, and long-term goals.

If you don’t have enough time for that, you can entrust this to Qubit Labs. We’ll find top-notch developers to make sure your projects bring the expected results. Contact us to discuss your ideas!

Why use IT Managed Services? Benefits and Reasons

What is IT Automation and Why Does it Matter? 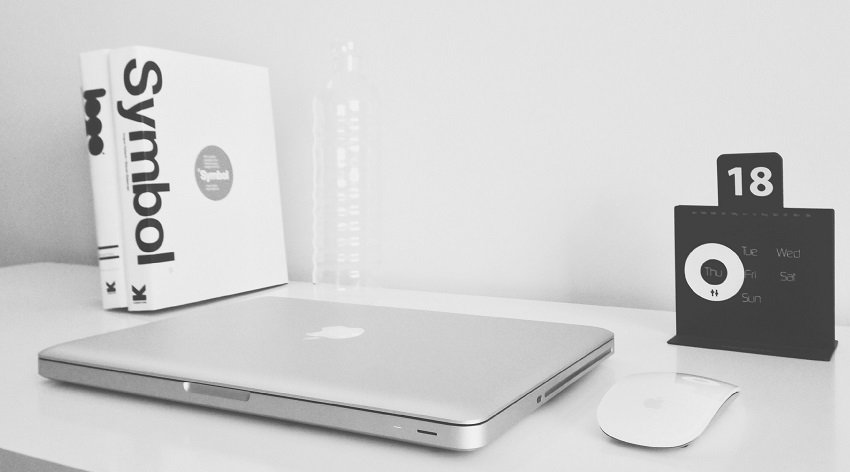 Petcube and Branto aren’t the only gadgets made in Ukraine. In the beginning of 2017 Ukrainian IoT developers presented lots of amazing...

Autumn is always a kind of revival for business matters. Entrepreneurs are back from their vacation, and start thinking about methods to boost sales,...

IT Outsourcing to Ukraine: Top 11 Reasons to Hire Ukrainian Companies

The Ukrainian IT industry is one of the most rapidly growing and dynamically developing spheres in the country. It’s often referred to as the...

Qubit Labs
Qubit Labs Team
Previous
Qubit Labs is Hosting a Webinar About the Best IT Outsourcing Destinations in Ukraine
Next
Qubit Labs Listed Among Top 10 Kyiv Staff Augmentation Services 2021 by Clutch
This site uses cookies. By using our site, you agree to our Terms and Privacy PolicyAGREE
Privacy & Cookies Policy