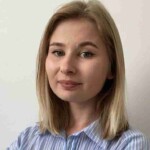 It’s often when the online store owners need help from developers to change something about their shops. Meanwhile, they require experienced specialists to keep their E-commerce sites running. However, it might take a considerable time to find a Magento developer. That’s why Qubit Labs has decided to share our experience in hiring such specialists and pay special attention to Magento developers salary.

CMS Magento is one of the most popular E-commerce engines. With it, the users can create large online shops with a handful of various additional functions. It is built on PHP and MySQL and has an open-source code, meaning that it can be adjusted and tailored to one’s needs at any time. Nowadays, it belongs to Adobe.

Magento is currently used by 0,8% of companies worldwide to power their websites and has 1,1% of the market share. It is the ninth popular CMS system in the world. Although it might not sound impressive at first glance, keep in mind that there is a list of fifty-seven similar systems, and Magento has managed to make it to the top 10. The platform is up against WordPress, which has been on the market for quite a long time, so it’s challenging to outdo it.

Around 250,000 clients opt for this platform to solve their business challenges. The platform has more than 5,000 plugins, so you can easily customize your online store and attract clients with novel functions. Some of the biggest brands have chosen Magento as their CMS; these include:

Magento helps to handle heavy traffic and ensure smooth site performance for users from all over the world.

What Are Magento Advantages? 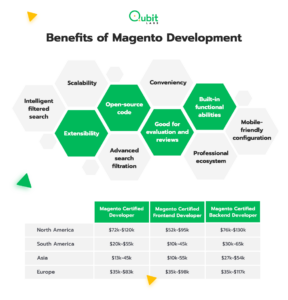 You might have heard about other CMSs, like Shopify, WooCommerce, and BigCommerce, because you can easily use them on your own, without the need to hire developers. Meanwhile, these platforms aren’t great in the long run if you want to promote and expand your online shop. You need a more professional and personalized solution in this case.

When opting for Magento, you get access to a large pool of talented developers and a constantly evolving professional ecosystem. We won’t dive into the platform’s functions because one can build an online store with this engine. Yet, we can emphasize its immense built-in functional abilities, scalability, and extensibility.

We have already mentioned that Magento has an open-source code, but let’s take a closer look at what it actually means. Such a feature enables your team of developers to change the website’s look and functions depending on your requirements.

Also, it’s convenient to change the prices because you can temporarily lower the cost of goods or set up a discount or bonus system. Besides, Magento has an in-built system of items’ evaluation and reviews, and the users appreciate it because they base their choice on other customers’ comments.

Since this platform is rather complicated for understanding, you might consider hiring experienced developers. So, check out the Magento developers salary to figure out what to expect when setting up an E-commerce website based on this platform.

What is the Average Magento Engineer Salary by Region and Expertise?

We have also reviewed some of the most popular websites that analyze IT industry employees’ salaries to provide more comprehensive tech salary guide.

According to Talent.com, the highest Magento developers salary in the US is in New York — $135,000 per year. Other states in this top-five list include New Jersey with the annual Magento salary of $130,000; Illinois pays $125,000 to Magento programmers; Georgia — $118,500 per annum; and California closing the list with the average Magento salary of $117,000 annually.

Indeed mentions that the average Magento salary in the US is $108,576 per year: 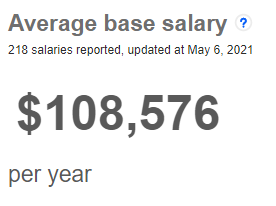 According to ZipRecruiter, there are other positions that offer payments similar to Magento developer salary, take a look: 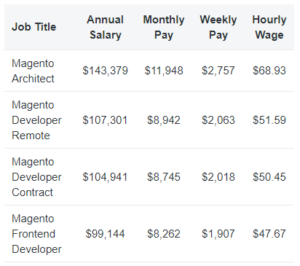 As you can see, Magento salary significantly depends on several factors, like the employee’s location, expertise with the platform, the knowledge of additional technologies, and specialization. If you want to receive high-quality development services yet not overpay for them just because the employee lives in an expensive state or country, opt for outsourcing.

This is a great possibility to tap into global talent and not be limited by the expertise existing in your city of living. Some of the most attractive IT outsourcing hubs with reasonable Magento developers salary and high-quality products are Ukraine, the Philippines, Romania, Mexico, Brazil, Poland, and India.

In Costa Rica a junior Magento developer can make only $7,000 per year. A mid-level programmer earns around $10,000 annually and senior level developers make approximately from $12,000 to $15,000 per year.

In Brazil, an entry-level Magento software engineer earns annually $17,000 per year. More experienced mid-level specialists make around $21,500 yearly. Senior level developers in Brazil can earn up to $35,000 per year of his work.

Junior Magento developer in Germany earns more than $39,000 per year while a mid-level coder could make $48,000 yearly and senior developers earn up to $60,000 per year.

In Ukraine junior Magento software engineers can make around $9,000 per year of their job while middle coders earn up to $15,000 and senior level Magento developers’ salary can go up to $25,000 per year.

Average Magento deveoper’s salary in Moldova is around $11,000 per year while a mid-level professional makes approximately $15,000 per year and senior Magento developers receive up to $25,000 yearly.

Magento software developers in Kazakhstan make around $8,500 per year as entry-level specialists. Mid-level coder can earn around $11,000 per year and a senior Magento developer makes up to $17,000 yearly.

The entry level Magento software developer in India makes around $6,000 per year while the mid-level developer can earn $9,300 yearly. The annual salary of a senior Magento developer is approximately $18,100 per year.

Magento is considered one of the fastest platforms for creating E-Commerce websites and offers the tools for developing online stores adapted under mobile devices. Since many clients prefer mobile shopping, this feature will help your product take the leading positions on the market. If you are wondering where to hire Magento developers, consider Ukraine as your number-one outsourcing destination.

Qubit Labs will readily help you find experienced developers and ensure the project is ready within the shortest possible deadlines and for a reasonable price. Drop us a line to discuss everything in detail. Also, feel free to check out our recent articles to stay informed about the emerging IT trends!

How to Hire a PHP Developer 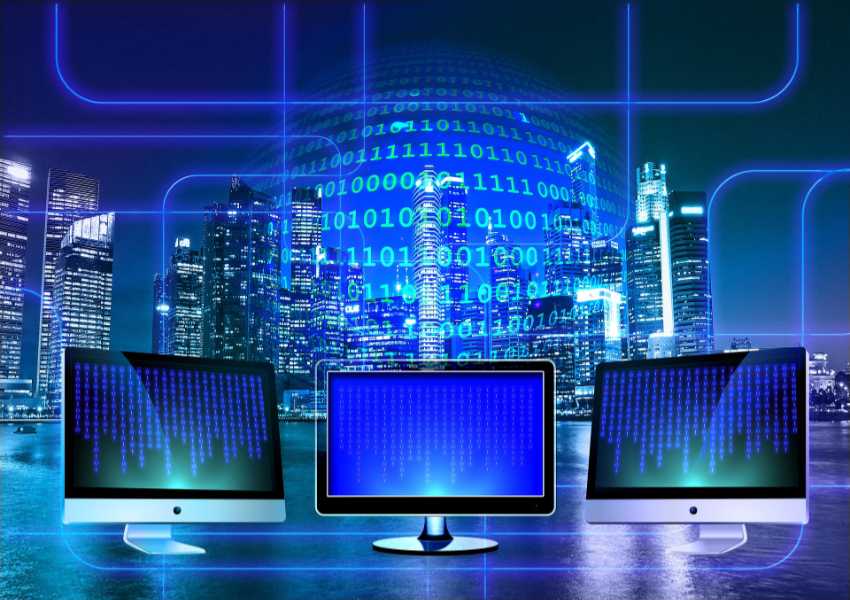 About Outsourced Software Testing The importance of high-quality software and demand for it is growing every day. The quality of the service...

Qubit Labs keeps highlighting the lastest tech novelties. This time we took an interest in the state of robotics in Ukraine. And to understand what...

Web development (front-end and back-end) is one of the most dynamic industries in IT. It covers a wide range of tasks, so it is creating new...

Outsourcing software development has become one of the most popular go-to solutions for companies looking for a quick fix to skill shortages, saving...

Inna Coker
IT Writer and Researcher
I believe that the IT sector is one of the most promising fields in the world. That’s why I have been looking for the most actual facts and exciting news of IT business for more than 3 years.I enjoy analysing information and creating it into sapid articles.
Previous
How to Build an Effective Offshore Software Development Team? Interview with CEO
Next
Software Development Outsourcing Cost
This site uses cookies. By using our site, you agree to our Terms and Privacy PolicyAGREE
Privacy & Cookies Policy