Check where we hire!
Locations
SHARES Ukraine has gone through hard times and is still adjusting to the new life conditions which the war has brought. But what doesn’t kill us makes us stronger. Of course, the war couldn’t positively affect the Ukrainian economy, and the range of new vacancies and job opportunities decreased.

Qubit Labs did their research and had an opportunity to talk with Ukrainian developers who shared their stories with us.

But now, let’s look at statistics that show how the war affected the labor market:

According to Dou.ua, the whole labor market went through a shortage. As a result, the number of new vacancies decreased twice before the war.

A big decrease is among the Ukrainian developers and web designers in March. In addition, the number of new vacancies swiftly decreased, and the number of responses massively increased, which means that more people now are looking for job opportunities.

That’s why the companies from other countries should hire our developers to improve the economic situation and reestablish working places.

More than 80% of Ukrainian developers are still working full-time, although 61% had to leave their houses and move to safer places like Kyiv and Western Ukraine.

What do they feel working in such difficult circumstances? More than 53% of IT developers feel hopeful. Moreover, 91% of specialists are actively helping the country by transferring money to the army and volunteers.

In March 2022, around 84% of software developers returned to full-time work, and only 7% – were part-time. So approximately 93% of all the IT developers work full-time like before the war.

Nearly 6% of Ukrainian developers have mentioned that they have become busier than before, and the number of responsibilities massively increased. It is because business in Ukraine is slightly adapting to new conditions.

These numbers and statistics clearly show us the courage and devotion of Ukrainian software developers. It doesn’t matter where and how – but they work, learn and support the economy.

Work of Ukrainian Developers: How Has it Changed during the First Weeks of the War?

Developer life in Ukraine during the first weeks of the war was quite challenging. The air-raid warnings became a daily routine, and the basement was like a second home — everyday stress and worrying about family and friends. According to the Kyiv Metro Chief, from the beginning of the war till the 15th of March, the metro stations became a shelter for more than 15 000 people. Then they moved to the basements and shelters and had to work there.

Did they give up? No. If there is a will, there is a way! Ukrainian developers valiantly support the economy of Ukraine, donate money to charity and work for foreign companies to show the strength of our people. They can deal with any project if they adjust to working from the basement under bombing.

Kharkiv is one of the Ukrainian cities which struggled during the war. Many people had to leave their homes, but many IT developers stayed in Kharkiv. What is developer life in Kharkiv today, and how did it? We had an opportunity to talk with Python developer Aleksandr who shared his story.

Aleksandr is one of Python developers who remains in Ukraine and stayed in his home city from the beginning of the war. He was hiding at a metro station for the first week when it all started.

Then, Aleksandr moved to the bomb shelter for the next few days and started to work from there (photos from the shelter): 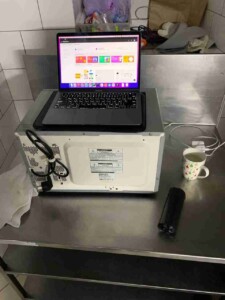 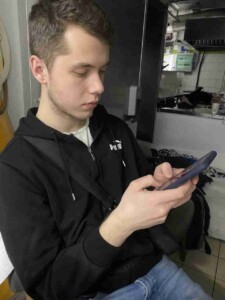 Nowadays, Aleksandr is in a safe place and has moved to Cherkasy city.

Today, developer life in Kharkiv is still not safe, but our software developers adjust to any conditions and circumstances.


What is Developer Life in Ukraine Right Now?

The IT industry in Ukraine is pretty flexible and can amazingly adjust even during the war. So how and where are Ukrainian developers working right now? Most of them have moved to safer cities like Kyiv, Lviv, Ternopil, and other cities in Western Ukraine. They either work from home or go to coworking spaces and IT hubs, starting to work in most cities.

In addition, there are a lot of coworking spaces that have already opened their doors for everybody who needs a space to work.

For example, the “Ventures.space” coworking space opened its doors on April 18th. 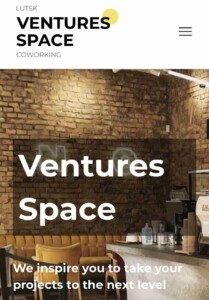 There are hundreds of coworking spaces that offer a great space for everybody who needs space and equipment. They provide computers, stable internet, desks, coffee and everything for productive work. 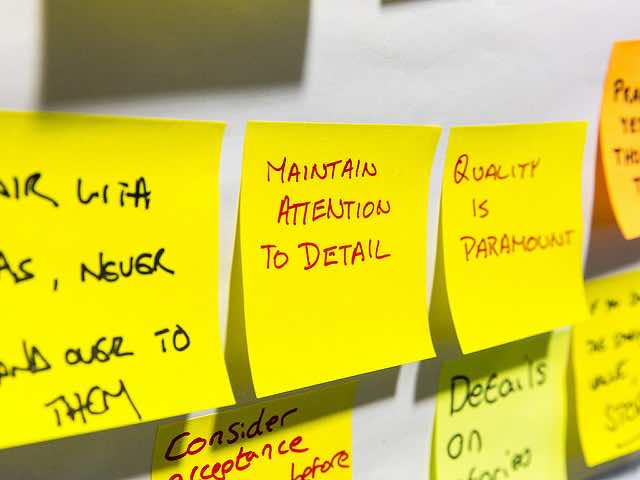 Whether it is outsourcing software development or something else, the decision making process in software industry is always based on pros and cons,...

If you’ve been in the IT industry for a while, you might have already heard that outsourcing Asia is skyrocketing, attracting world-known...