While Eastern Europe and Asia are considered the biggest players in the international IT outsourcing market, Latin America has also proven to be a rising destination. And Costa Rica is one of the locations in the region that make foreign companies, especially US-based ones, choose it as their software outsourcing destination.

Businesses opt for IT outsourcing Costa Rica because the country boasts skilled tech specialists, a close time zone to the US, and affordable rates. Also, it has strong liaisons with a number of Fortune 500 companies and a notable cultural alignment.

In this article, Qubit Labs explains why outsourcing to Costa Rica is much in demand by providing insights about the local talent pool, working culture, and rates. Also, we highlight several pros and cons to make the article more precise.

Costa Rica annually makes it to the rankings of Tholonos and AT Kearney as the #1 Nearshore Outsourcing Destination in Latin America. Many companies value the opportunity to visit their remote development teams easily, and when it comes to nearshore outsourcing Costa Rica, you need around 2–5 hours to get there.

For example, a flight from Dallas to San Jose takes 4 hours, and there are over a thousand international flights each week. It’s a notable perk for US-based companies because they don’t need to spend over 20 hours on the road to get to offshore outsourcing locations located thousands of miles away.

Such companies as IBM, HP, and Intel have already leveraged the mentioned advantage of Costa Rica software outsourcing, having established their offices in the country. These companies also have their offices in other regions, for example, in Poland.

Besides, local programmers are available around the same working hours as the US because the country is only two hours behind. Meanwhile, if Western European countries decide to opt for Costa Rica outsourcing destination, the time difference will be around six hours. This isn’t that critical as well.

The companies that decide to leverage IT outsourcing Costa Rica get the chance to cooperate with the highest educated tech specialists in the region. The country is often referred to as the “Silicon Valley of Latin America.”

How many software engineers are in Costa Rica?

There are around 22,701 software developers in Costa Rica, and they take 2nd place in Latin America for their programming skills.

The local education is significantly focused on graduating tech specialists, so there are various scholarships for students to enroll. The local government integrates research, development, and innovation into the studying process to make it more comprehensive and encourage more people to embark on technical courses.

With such increased attention to the IT industry, you can be sure that Costa Rica outsourcing destination offers cooperating with specialists who have quality education, strong skills, and can-do approaches to work.

If you’re wondering about other Latin American outsourcing destinations, you can consider Mexico or Argentina. These countries also have large talent pools and substantial experience working with foreign companies.

3. IT Outsourcing Costa Rica offers a High-Quality Infrastructure as a Perk

Costa Rica software outsourcing is gaining momentum because the country boasts several technological parks, such as the American Free Zone and Global park, that host a bunch of tech companies. These parks also come as free trade zones in which IT businesses enjoy various tax benefits that facilitate their growth and development in the industry.

The popularity of nearshore software development outsourcing in Costa Rica isn’t without reason. The country is considered one of the most Westernized and bilingual countries in the Latin American region.

Many local developers are fluent in English and follow a North American approach to work. They have vast experience cooperating with foreign companies, so Costa Rican programmers understand how things are done abroad and introduce these practices locally.

Another benefit for nearshore outsourcing Costa Rica is that if you hire a team of developers there, they’ll all speak English with you and Spanish with each other. This will reduce miscommunications, making the cooperation more transparent and fruitful.

And if you want to have several options to choose from, Kazakhstan, Armenia, Romania, Moldova, Azerbaijan and Georgia are also remarkable destinations with a Westernized approach to work.

Since the tech industry is one of the most advanced spheres in Costa Rica, the developers aren’t likely to give up their jobs. They’re satisfied with their current working environment because it allows them to be creative and innovative, turning their ideas into reality and helping the companies build valuable products. That’s why local businesses boast high retention rates and a low number of job hoppers.

Therefore, when opting for software outsourcing Costa Rica, you can be almost entirely sure that you’ll work with the same team of developers throughout the whole project. This also increases the data protection levels and ensures a consistent development process without interrupting to replace who decided to leave in the middle of the project.

Another notable advantage of nearshore software development outsourcing in Costa Rica is that it regularly hosts various meetups and hackathons, supporting the camaraderie of local tech specialists. The local developer community is often compared to Silicon Valley because there are numerous events focused on specific topics, such as involving women in the IT industry.

The local developer community has also significantly contributed to the establishment of the startup ecosystem, which, in its turn, made nearshore outsourcing Costa Rica more sought-after among US companies. Foreign businesses understand that the country offers to work with creative specialists with out-of-the-box thinking and are eager to tap into a local talent pool.

The companies choose Costa Rica outsourcing because it’s more cost-effective compared to hiring in-house developers. The expenditures on specialists from this country are lower even when taxes, bonuses, and other additional costs are included. For example, the Python developer salary in the US is 3 times higher than in Costa Rica.

Also, when cooperating with Costa Rica outsourcing companies, you’re likely to save on the equipment, office, and social packages as well because the vendors might be the ones who handle these expenses. Let’s take a closer look at the salaries of Costa Rica developers compared with rates of US specialists to understand the differences between them.

Speaking of the hourly rates of Costa Rica software development companies, they usually charge around $20–$300 per hour depending on their specialization and years in the market. The rates of local companies are similar to those in the Philippines.

Pros and Cons of Outsourcing to Costa Rica

This is a recap of the facts the companies need to know when they consider IT outsourcing to Costa Rica:

As you can see, Costa Rica software outsourcing has its advantages and shortcomings because the local IT industry took off not long ago. Yet, if you want to cooperate with more mature and experienced developers, leveraging solutions that have proven to be effective — opt for IT outsourcing Ukraine.

The country’s tech sector is proliferating, and local developers are experienced in cooperating with world-known companies, such as Amazon, Google, Oracle, Samsung, NetCracker, and Snap.

Qubit Labs has substantial experience in the area, and we’ll match you with vetted developers from Ukraine. So, waste no more time — hire suitable specialists right away.

Don’t hesitate to reach out to Qubit Labs to schedule a free consultation call. 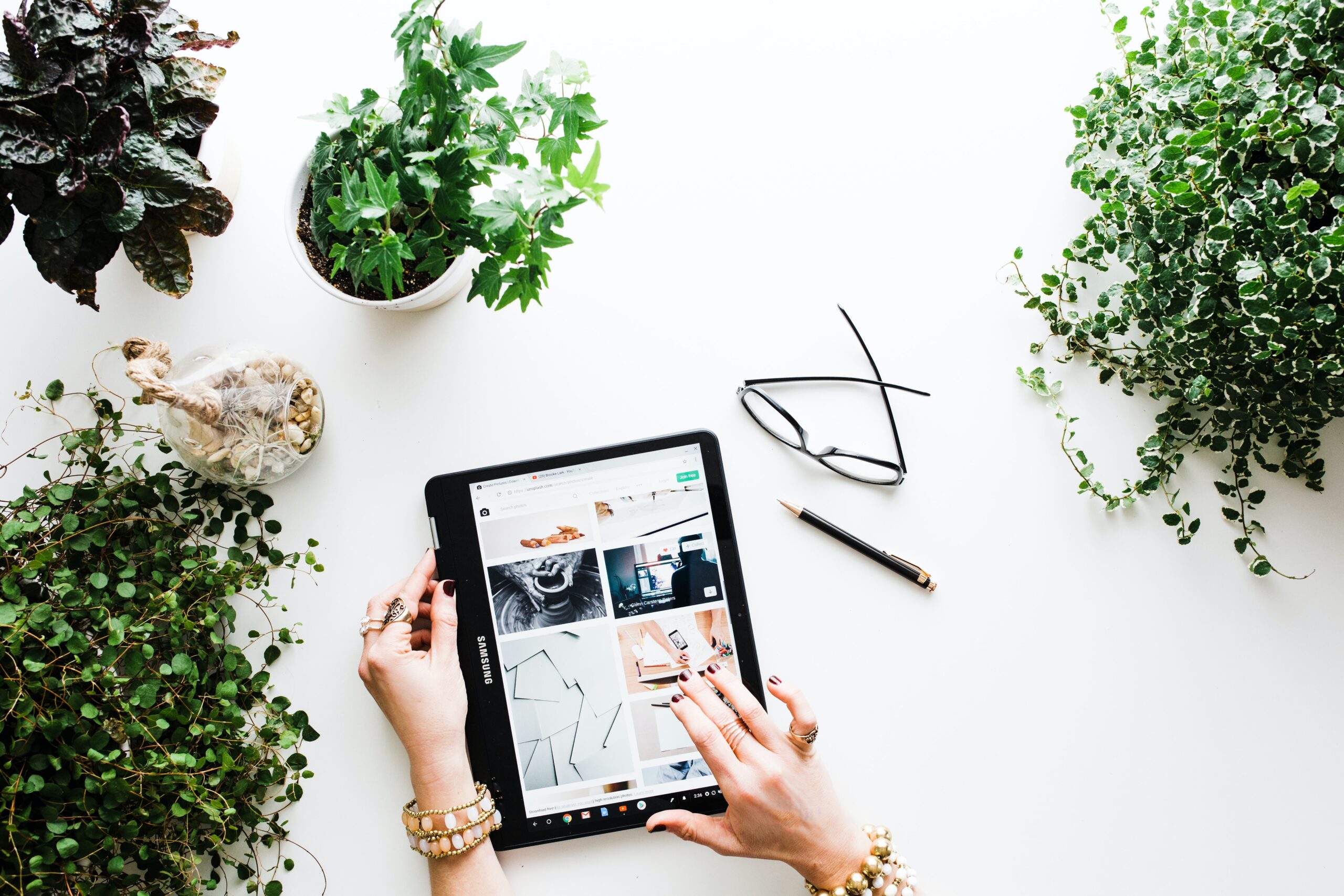 Why Choose Magento for eCommerce Development in 2021?

IoT, or Internet of Things, is a modern concept of creating a mesh of purposely-built small devices, connected to each other and working on a certain...

Vlada Sirosh
Research Specialist
Vlada Sirosh is a research specialist at Qubit Labs with 5+ years of experience working in the information technology and analytics industry.
Previous
What is the Difference Between Front End vs Back End Developer?
Next
App Development Rates in Western vs. Eastern Europe
This site uses cookies. By using our site, you agree to our Terms and Privacy PolicyAGREE
Privacy & Cookies Policy